Tata DoCoMo, which is a joint venture of a Tokyo-based giant mobile operator and the telecom arm of an Indian conglomerate group and started cellphone service in southern part of India last June, announced it would start i-Channel which helps subscribers to get latest news updates on cellphone stand-by screen.
When you find an interesting news headline on screen and click a ticker, you can see more details on it.   i-Channel basically requires no data charge.
Tata DoComo is highly expected to deploy new services to Indian market, which have been developed in Japan and are popular among Japanese cellphone users. 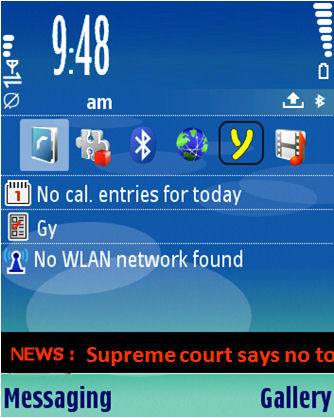