NTT DoCoMo announced today it would launch a new service providing corporate users with health advisory for preventing their employees from adult disease.
If a corporate user applies for the service, NTT DoCoMo will start collecting vital data from pedometer-enabled cellphone handsets owned by the company’s employees, they can be advised by health nurses and dietitians for improving eating habits.
Initial setup fee is almost USD230 for a corporate user, and the price of monthly subscription fee depends on the number of employees that apply for the service.

NTT DoCoMo’s sister company and the owner of popular portal websites such as Goo[J], NTT Resonant[J] also announced it would launch a new portal site[J] specifically focusing on diet support. The new site can accept the data from pedometer cellphones subscribing to the DoCoMo’s service. The new portal’s top page will keep you update with the vital data collected including the number of steps you have taken on that day. 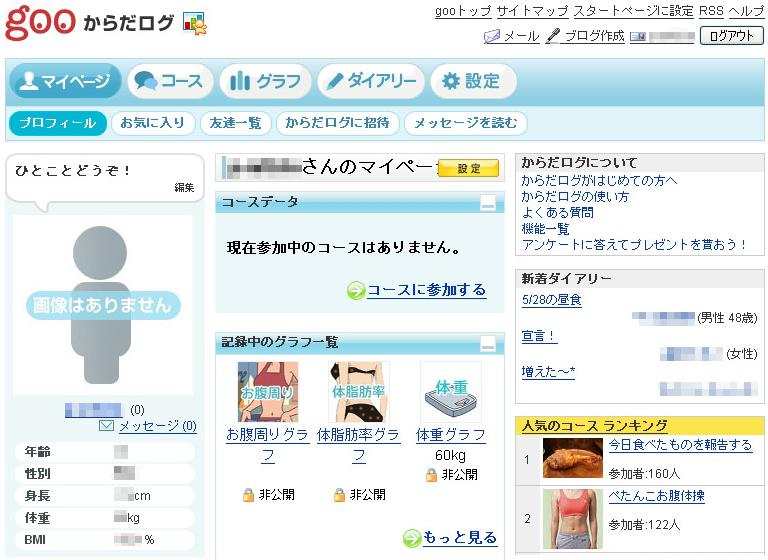 NTT DoCoMo is also planning to introduce a new FeliCa-based digital health device this fall. FeliCa is a contact-less RFID smart card system, and basically it’s embedded on cellphone handsets and used for digital wallet, commutation pass and age-verifying for cigarette
purchase from vending machines.
These digital devices and solutions may work as tachometers which are usually installed on freight vehicles to check up their work performances since the devices can track how often you have taken a rest. If the personnel department of your company had deployed these services, it might not be for the purpose of assisting in keeping your health condition better, but for checking up your work performance at a glance on the web.

Meanwhile, an Osaka-based web app start-up focusing on health and medical-related solutions, Intelligence Technology[J] launched a new website[J] that shows you prediction of your body shape and weight of a decade later by entering foods you ate on the previous day, your current body weight and genetic obesity factors. 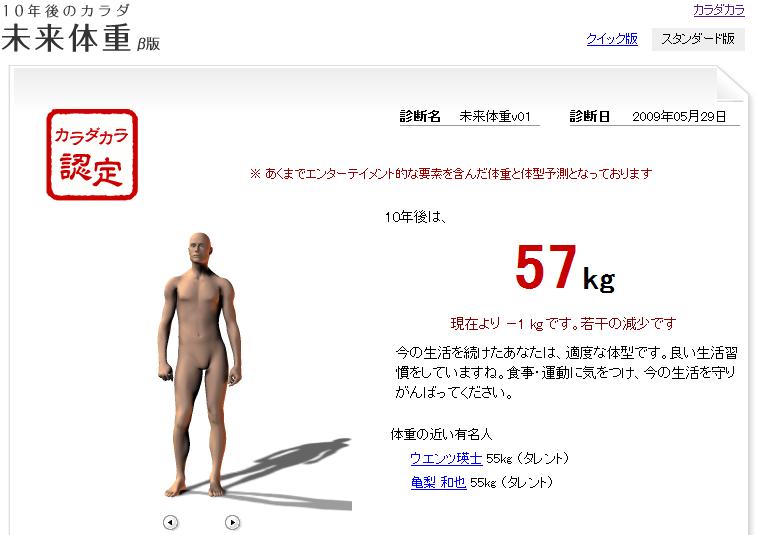 It is not clear how the company earns revenues from this service, but it would be useful to motivate you to struggle for improving your body state before your partner would be disappointed with you a decade later.