On Friday, CNET Networks Japan[J] held this year’s award ceremony of its annual innovation contest called TechVenture 2009[J] in Omotesando, in association with Tokyo-based seven tech-oriented venture capital firms.
Totally 15 companies and services are nominated for the prize awards.   Let’s have a look at each of them and what they provide.

Atlantis[J] (Service: AdLantis[J])
Atlantis runs the cloud-sourced Internet advertising platform called Adlantis.  It is the web-based ad management tool and helps the content publishers to define when and which ads should be placed on their websites.
The service is free of charge.   The company plans to launch a marketplace of match-making between possible advertisers and the website owners selling ad spaces, and expects to earn revenue from its match-making fees.

Gumi[J]
Gumi develops the SNS platform for cellphone, which makes easier to develop a social mobile site supporting the standards of OpenSocial and OAuth by using Restful API.   Gumi’s platform can be also installed on the clouds like Google App Engine.
The company has also its own SNS, where it provides Wiki, fortune telling and the more focusing on popular TV drama series for the younger generations.

CLON Lab[J]
CLON Lab develops the agent engine having the features similar to the artificial intelligence.   By interactively repeating Q&As between you and your agent running on the system, you can make your agent learn more about you.    That means you can set up your clone on the company’s SNS, and let him or her grown up there.   The company’s name comes from “clone” and Communication Laboratory on New Identity.

(semi grand prix award co-winner)
Geisha Tokyo Entertainment[J]
Geisha Tokyo Entertainment (GTE for short) was founded in 2006 by Tokyo University alumnus, game developers and consultants.   It develops Augmented Reality(AR) products, one of which allows you to control the behavior of a physically-existing cartoon character sculpture by clicking and dragging the character image appeared on your PC screen.   (See Akky Akimoto’s article on Asiajin for more details)
GTE  also introduced an AR game for cellphones, in which you will receive a mission command e-mail that orders you to take a picture of a specific object.   By sending an e-mail including the picture to the game server, with the picture recognition technology, the server confirms if you have taken correctly what the server has ordered you.
Recently, GTE produced a flash-based animation series for TV broadcast “Sakuran BOY DT[J]“, which is aired on the local TV channel in Yamagata.   Yamagata is the north-eastern part of Japan, and well-known for producing cherry or Sakuranbo, which is so frequently seen on the series.

(Clicking the image above takes you to the latest one of the series.)

(semi grand prix award co-winner)
Scigineer[J]
Scigineer provides a SaaS-based recommendation engine for large-sized e-commerce websites and SNS.    The service is deployed on to more than 30 sites in Japan and the overseas, including Online Bridal Store and @nifty Store[J].    Scigineer is a subsidiary of the Internet business incubator owned by Mitsubishi Corporation.

(semi grand prix award co-winner & special judge’s award winner)
San San[J]
The company provides consultation services in CRM and SFA business segments, specifically by focusing on delivering solutions to arrange information collected by business cards being exchanged everyday.
Its service consists of a business card scanner rented for the client’s office, outsourced human data entry of business card images scanned, and the SaaS-based CRM/SFA application developed by the company.   It makes sales personnels easier to find possible customers and to get in touch with them when needed.

30 min.[J] (Pronounced as San Zero Minutes)
It aggregates the messages about town attractions and restaurants posted on an enormous number of blogs, arrange them with location attributes and publish them as a town guide on the website.
The company also introduces a free location-based app for the iPhone/iPod users, specifically focusing on finding an ideal nearby restaurant for the lunch, with the combination of  GPS technology and the accumulated voices by bloggers.

StreetMedia[J]
StreetMedia develops a new way of billboard advertising platform by combining digital signage devices and cellphone-based contents delivery architecture.
In association with several shopping malls in the heart of Tokyo, where the company’s head office is locating nearby, more than 20 LCDs are equipped at the storefronts across the malls, and they show commercial videos regarding the bargain sales at each shop in the malls and encourage the passers-by to purchase what they want.   Its specially designed LCD has a FeliCa device, which enables to transfer the video-related text information to the passers-by’s cellphone handsets.   The video data and text information are carried through the data broadcast channel of the digital TV broadcasting service, not by the Internet.

Fillmore Advisory is a think-tank and consulting firm founded in California by Stanford MBA alumnus and Japanese IT investment experts.   It provides the investment advisory service for their corporate clients in the U.S., Europe and Asia.
Fillmore also develops their own visible approaches to solve financial problems for individual investors, and introduce them on Japanese famous Internet portal sites.
The company is developing the SaaS-based visualization platform allowing you to create a graph diagram on the web and to put it on your blog as a widget.   It is scheduled to be released in this coming May.

Brand Dialog[J]
The company develops some web application services including a cloud-sourced SaaS groupware called Gridy.   I covered the service in this articlehere on Asiajin.

Mash Matrix (Service: Afrous)
Mash Matrix  provides an easy-to-use web-based application development platform for the mash-up application developers who integrate one from multiple webAPIs.
The company’s founder Shin-ichi Tomita previously worked for Oracle Japan and Salesforce.com.   While he worked for Salesforce.com, he developed a web-based presentation for demonstration, that was the origin of Mash Matrix.
Tomita’s work was highly evaluated by CEO of Salesforce.com Mark Benioff, and Tomita was eagerly persuaded to remain in the company, but he quit it to found his own start-up to start a new business.

User Local[J]
User Local provides the SaaS-based access analysis solution showing you the access statistics by the heat map method, and it allows you to find which parts of your website are frequently seen at a glance.
The company’s founder previously worked with Rakuten, where he was supervising a knowledge sharing website for job-seeking university students[J], which was launched when he was a university student.
The company also introduces some blog widgets including analyzing  geographical deviation of visitors to your website and showing it on the map.

(grand prix award co-winner)
Lang-8
Lang-8 was founded by a Chinese-Japanese and his classmates, both of who graduated from Engineering Dept., Kyoto University.
It launched a language learning SNS, where language-beginners and native speakers can learn foreign languages by shuttling sentence submissions and corrections between two sides.
Hiroumi Mitani contributed an article about Lang-8 last January.

LoiLo
LoiLo was founded by two game developers and brothers at the incubation facility backed up by Keio University SFC.   It developed a video editing application software for Windows, enabling mixing videos and audios mostly only by drag-and-drop actions.   The software is specifically targeted on video sharing site uploaders who love YouTube, NicoNico Doga[J] and the like. 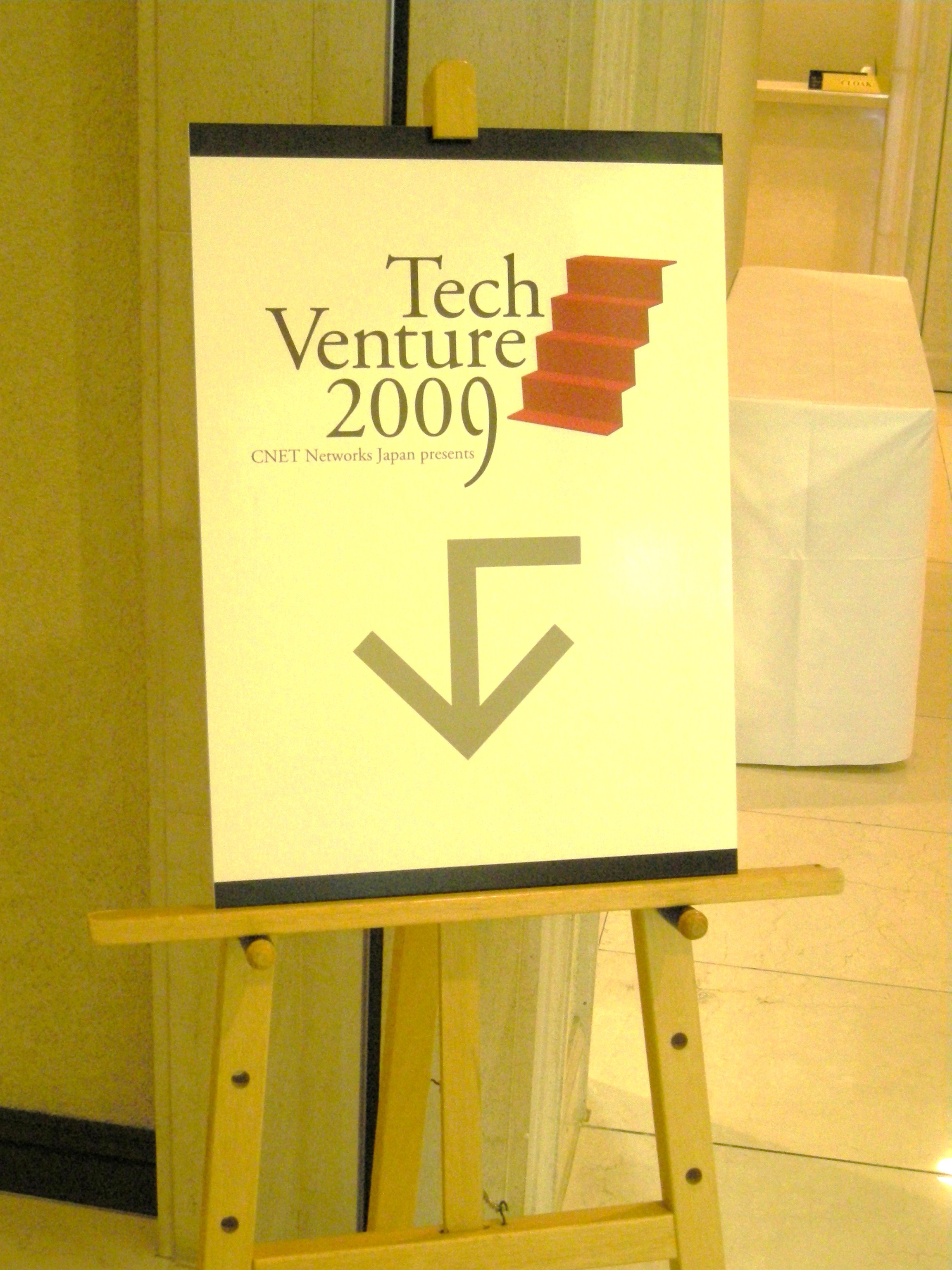