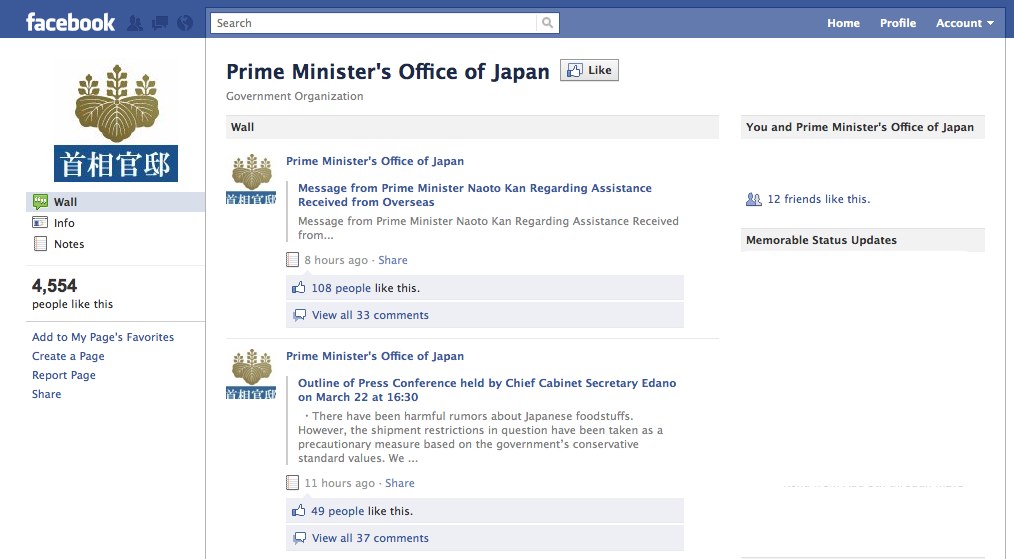 The Prime Minister’s Office of Japan has announced the launch of an official Facebook page today. The first update reads:

This is the official Facebook page of Prime Minister’s office of Japan. We will provide information focusing on the quake-related issues for the time being.

After about 15 hours, the page now has over 4,500 fans. What’s interesting is that the only language being used is English, indicating that the prime minister’s office is targeting a non-Japanese user group here – and not necessarily the 2.6 million Facebook users currently registered in Japan.
After the earthquake, on March 16, the office also opened an English Twitter account that now counts over 22,000 followers.