According to Mainichi [J], Rakuten CEO Hiroshi Mikitani reportedly told that they will open their e-mall business either or both of UK and Germany this year. 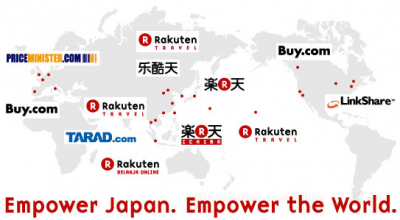 Rakuten is planning to move into 4 new countries by the end of 2011, UK and Germany are big markets that they are interested in Europe. Indonesia will come soon in March jointly with a local media group.
He also answered how the project to switch company official language from Japanese to English is going. He feels that it will be done within 5 years.