As you see, the magazine cover has a lot of Facebook icons which were asked on Facebook by the editors. The first page shows applied readers’ Facebook icons, too. 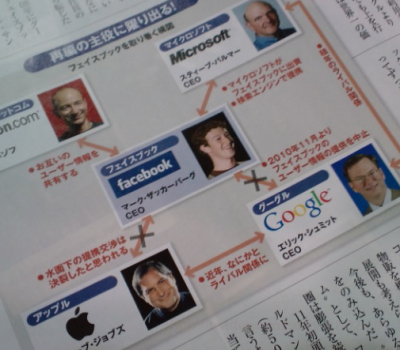 How they feature the service, and make icon covers, are exact replay of what they did for Twitter one year ago.

Both magazine have comments from Taro Kodama, Facebook Japan country manager and Kenji Kasahara, Mixi CEO.
According to Socialbakers, the number of Japanese active users on Facebook showed better increase rate this year than before. 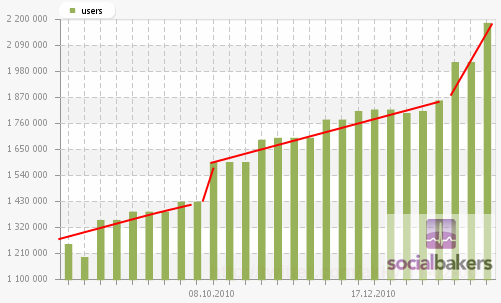 “The Social Network”, the Facebook movie released in Japan in January, took a bitter start, but topped at the second week (then 3rd ranked last week), so the movie and these media coverage may affect well.