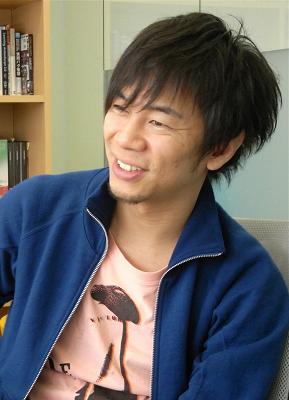 (Photo by Hatena PR[J])
On the last day of August, Japan’s system development guru Naoya Ito (@naoya_ito[J]) announced on his blog that he had stepped down from CTO post of Kyoto-based web services company Hatena[J](as reported in this Akky’s post).   His fans and followers spent a day pondering what his next step would be, but it was cleared on the next day.
He joined Gree[J], needless to say, a Tokyo-based tycoons of a social network platform and feature phone Flash games, as executive manager & producer of the company’s social media development division.
He started his engineering carrier with the development of Cocolog[J], a Movable Type-based blog platform by Japan’s largest ISP Nifty[J], then joined Hatena in 2004 and had developed a variety of social web services including Digg-like Hatena Bookmark[J].
He seems to lead the team for developing the iPhone apps and the Android apps at Gree.
See Also: