Japan’s second largest mobile operator KDDI’s au introduced several new lineups for their design-oriented feature phone series last month, and they have been running a promotion campaign collecting user-generated parody songs via Twitter.
When you post a set of lyrics consisting of five-seven-five syllables (which has a similar rhythm to Haiku or Senryu) via Twitter with hashtag #iidacalling[J], using a vocaloid synthesizing technology, it will be remixed with a melody of a new song by the faces of the campaign and popular female technopop trio Perfume[J].   Your song will be published on the campaign website[J].
Try it and enjoy listening.   You’re required to enter lyrics in Hiragana or Katakana. 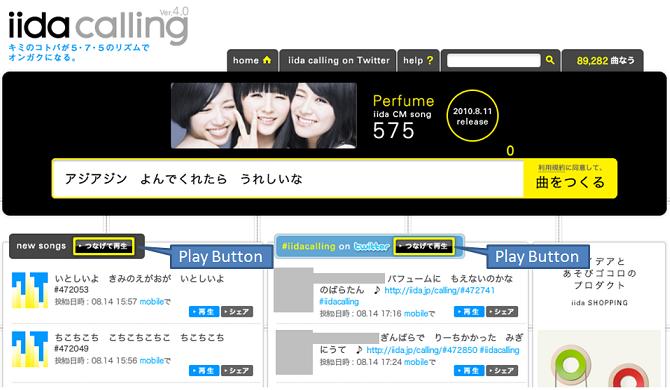