Softbank Mobile announced it would begin the iPad pre-orders tomorrow (Monday, May 10) at 10am, Japan Time. You’ll be able to make it at iPad authorized dealers such as selected Softbank Mobile shops and consumer electronics retailers. Apple Japan’s online store deals with the iPad Wi-Fi model only, and Apple Stores will deal with all iPad models. Only a set Up to two sets of the device can be ordered under a subscriber’s contract.
iPad pricing according to installment payment plans and models:

(All prices in Japanese yen. Click it above to enlarge.)
If you subscribe to the prepaid plan, unlimited use of 3G data transfer is available until the end of June for the monthly data rate of 4,410 yen. After that, you may choose an option from the prepaid plan 1GB (up to 1GB/month for 4,410 yen) and the prepaid plan 100MB (up to 100MB/month for 1,510 yen). If you subscribe to the flat rate plan, a discount program will be applied and your monthly phone bill will be 2,910 yen for coming 24 months. The monthly fee for the web browsing feature is required if you choose the flat rate plan or the pre-paid plan.
“I’m very honored that Softbank Mobile can distribute the iPad in Japan in partnership with Apple”, Softbank’s CEO Masayoshi Son says.
When we can obtain any snapshot or live pictures shooting the queues for the pre-orders, we will embed them in this story ASAP. 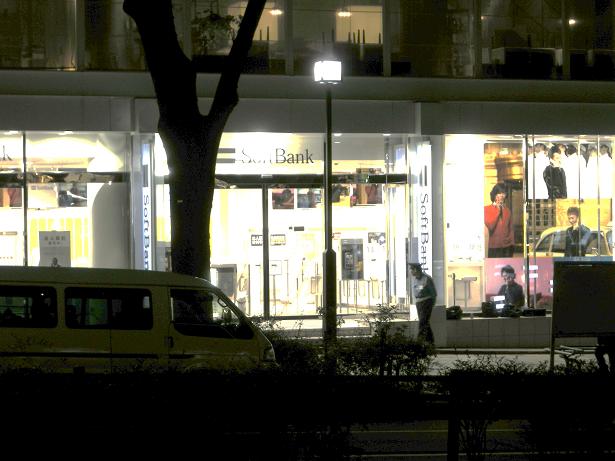 Softbank’s flagship store in Omotesando at 10pm, Sunday (no queue…) 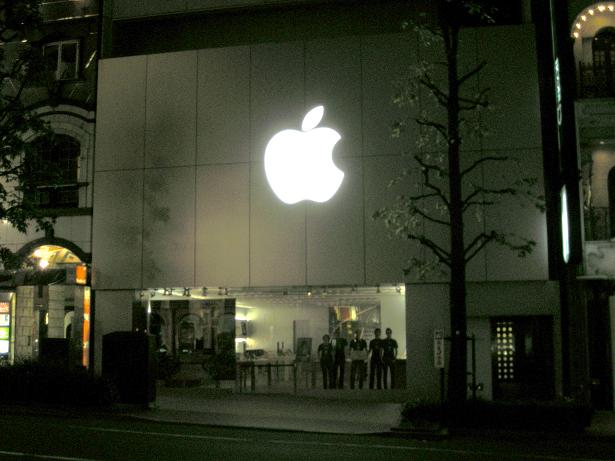 Apple Store Shibuya at 10:30pm, Sunday (no queue…)
Meanwhile, the iPad 3G models to be purchased at Softbank shops are SIM locked and available only on Softbank’s 3G network. And the models on sale from Apple Stores and Apple’s online store are reportedly SIM lock free and they will be available on NTT DoCoMo‘s 3G network as well. NTT DoCoMo and Tokyo-based MVNO Japan Communications(JCI) using DoCoMo’s network are expected to introduce SIM cards designed for the iPad 3G very soon.
Author’s Note: Some news sources report the models on sale from Apple seem also SIM locked as well as those from Softbank Mobile. The information not confirmed yet.
See Also: