Tokyo-based publication and human resources company Recruit held a presentation and ceremony event introducing the fifth edition’s prize winners of the Mash-up Awards[J] contest last weekend. More than 50 tech companies sponsored the event and their founders and directors served as the juries to evaluate nominees. An applicant for the contest must use one or multiple APIs provided by those companies to develop a brand new mash-up service. 346 entries were reportedly confirmed in the edition. 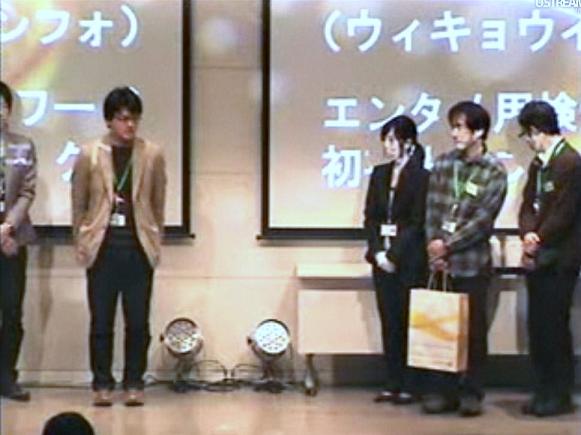 The picture shown above is courtesy of the contest organizer’s Ustream live programming.
The excellent invention prizes go to the following five finalists: