Recently in Tokyo, there was a marriage fraud case that a woman is suspected of having murdered her several boyfriends.   According to several news media, due to the effect of the case, Japan’s e-commerce giant Rakuten had been planning to launch an online marriage hunting site, but they were forced to push back the release date.
In this recession, young people tend to save money for hanging out with their friends, and now web-based marriage hunting services are much popular among them to find their future fiances.    But in the case, the suspected woman used those online services to find her boyfriends that she may have murdered, Rakuten is now working on redesigning menus and system architecture of the service to avoid possible provoking similar cases.
Incidentally, Rakuten took over Japan’s largest dating agency O-Net[J] in 2007. 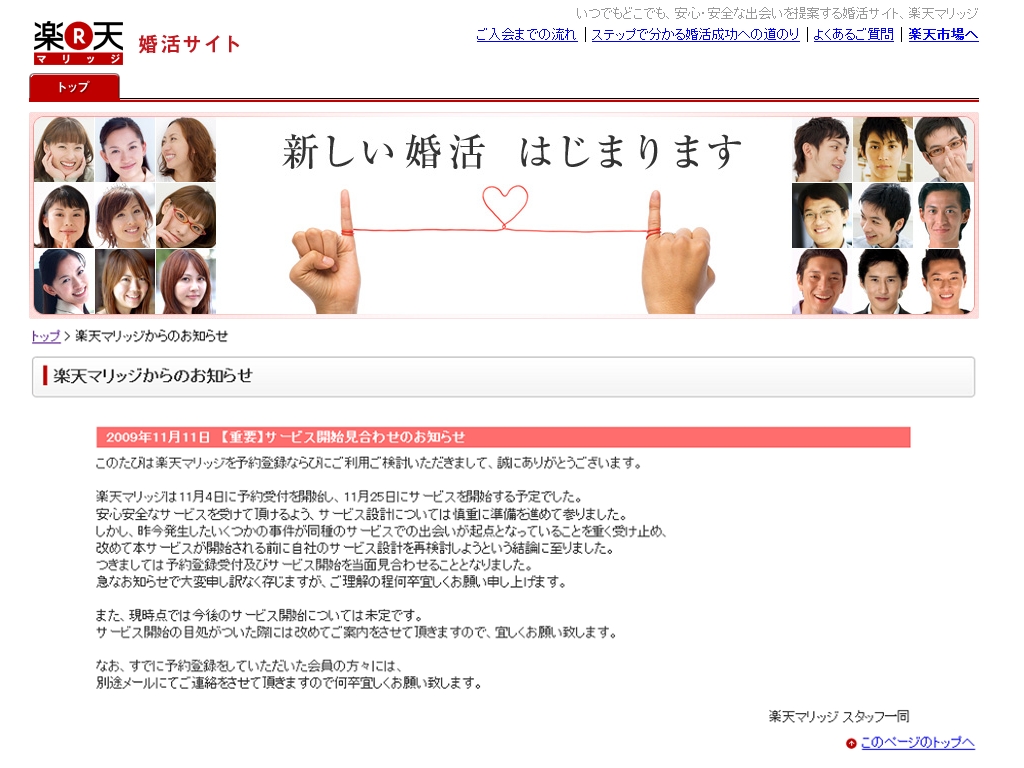