Mainland China’s 2nd largest social game maker Rekoo[C] launched a flash-based social game on Japan’s largest social network service Mixi[J], which earned more than two million users in less than two months since the launch, and it’s ranked the 1st in the number of Mixi app users.
The game is called Sunshine Ranch (click here for its Japanese edition requiring log-in to Mixi, or here for its Chinese edition requiring log-in to 51.com), and it allows you to grow crops and livestock virtually in a ranch, and you can share the state of your field of vegetables and flowers with your friends online.   Some users are truly addicted to enjoy it, and it seems they can’t help thinking about the game even during business hours.   The key factor to attract the users successfully is several “social” functions on the game.   If you invite someone to the game, you’ll get a reward item.   You can water and reap crops your friends have grown, and also add and remove harmful insects on their fields.
You need to wait several hours to harvest crops after sewing seeds, and the time left until harvest will be appeared accompanied with every crop you’re growing.  If you missed the chance to reap the field, your friends might have taken them away. 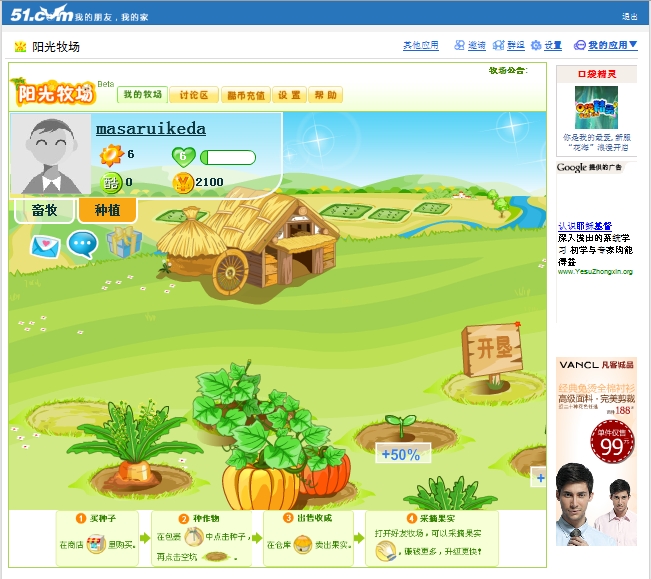 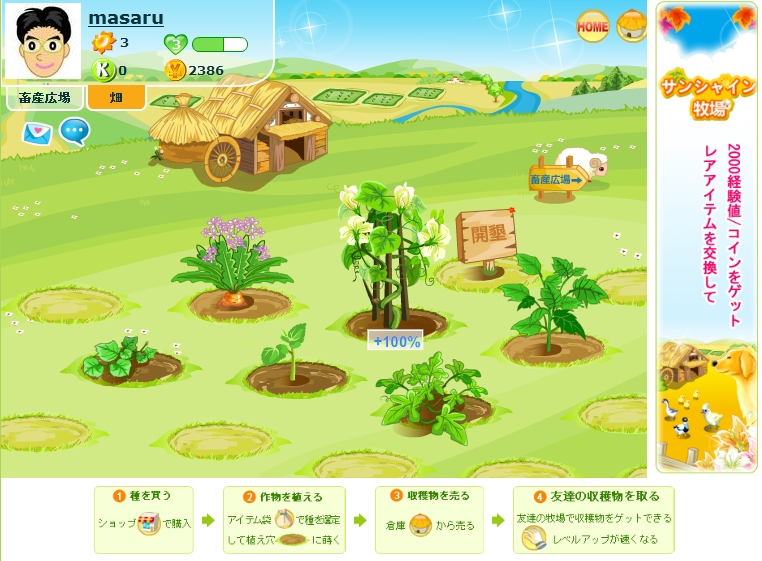 Meanwhile, another China-made social game called Everyone’s Farm (click here for its Japanese edition requiring log-in to Mixi, or here for its Chinese edition requiring log-in to renren.com) is also ranked so high, which is currently the third and has engaged 500,000 users.   This is a service of Rakoo[J] (not Rekoo of Sunshine Farm), a flash-based social game portal operated by Mainland China’s largest search portal for cellphone handsets Yicha[C]. 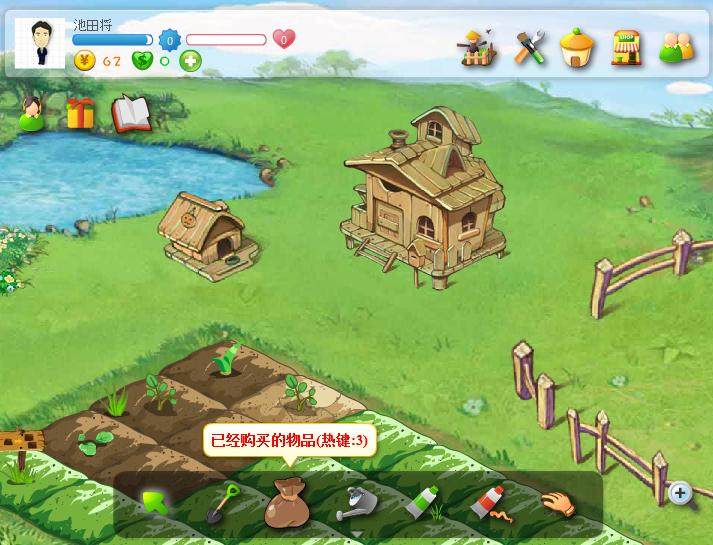 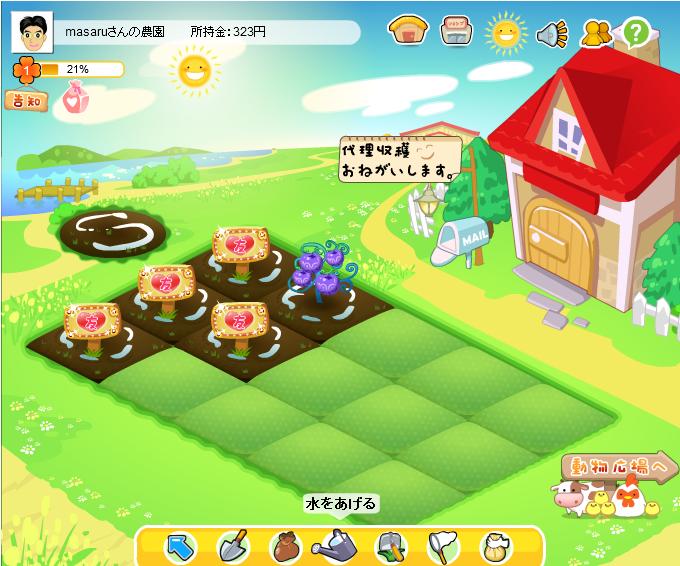 Everyone’s Farm on Mixi (Japanese Edition)
In this last months, Japanese social network service users are so busy to cultivate the fields prepared by Chinese game developers.
Oct. 27th Update:
Sunshine Ranch is being accused of the following points by the users:
1. The game used to be absolutely free, but last week it started providing the users an option to buy virtual fertilizers by paying “REAL” cash with their credit cards.
2. The game uses the credit card processor who is known for being usually adopted by erotic sites.
3. For transferring the credit card number entered by the user to the processor from the game app, they seemed to embed it on a user session that could be seen on a browser’s URL window and it could be vulnerable against tapping his/her credit card number. (this vulnerability is already fixed)