Following to one of the Big 3 social networking service Mixi’s clone Mixi Voice, which made Evan Williams “unpleasant”, another successful, probably now most vital among three, social networking Gree enters into microblog service (registration required for all Gree pages besides the top login page).
As once defeated a battle against Mixi on PC web, Gree shifted into mobile web with casual games and avatar, supported by the 2nd biggest cellphone carrier KDDI au. Currently Gree PC site only gets 1% of all users. Honestly speaking, no one are using the PC site.


That is why Gree CEO Yoshikazu Tanaka told “It is totally built from scratch. Please forget the current PC Gree site ever existed” with confidence at press conference [J].
The new top page, currently accessible in parallel with the old one, looks much simpler, reminding me both Twitter and Facebook. 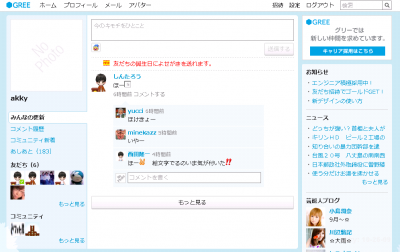 Tanaka said the PC Gree will be real-time social service around the Hitokoto (one-phrase) feature, which allows user to exchange what they are doing in 140 letters. It also supports emoji so you may use emoji both on mobile and PC sites. Twitter Japan recently launched Japanese mobile site with Emoji support, but Twitter PC site (which is the same as worldwide version) cannot show/input Emoji.
Besides the Twitter-like feature, Gree ported and porting their successful elements from its mobile version. “Avatars” are shared between the original mobile and PC sites. 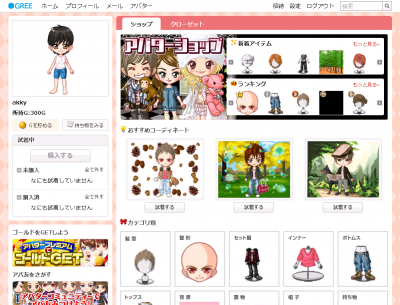 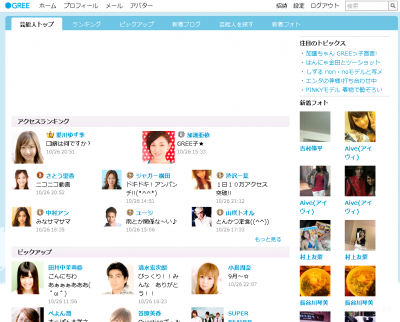 The current Beta only supports Firefox 3.5, Safari 4 and Google Chrome. On the official release in November, they will support Internet Explorer. They will also provide “Twitter Sync” feature. Casual games will be put to PC version, too.
A dedicated iPhone site is also planned in future, on which user can register to and play on Gree, which is a good news for iPhone users who cannot register any of big 3 social networking at this point.