On the 24-hour Internet video broadcast channel brought to you by the world’s largest meteorological information service company Weathernews, a quadlingual weather news show was launched this month, which is aired from 1am to 3am everyday excluding Monday, Japan Time. (Refer to this article for more about the video channel)
Korean weathergirl Lee Jee-youn (李芝妍, 이지욘) and Taiwanese weathergirl YING Chieh (應潔) anchor the show, and they bring us the latest climate trends, weather forecast and what’s happening in Asia, every midnight in four languages of Korean, Mandarin Chinese, Japanese and English.   Viewers can also participate in the show by posting messages via the chat function of the app designed for watching the channel.
In the edition of Wednesday, October 21st, which marked the highest number of the Orionids we could observe in the last several days, they sent video reporters to four locations including Mt. Fuji, where it would be easier to observe the meteor shower because of no illumination noise, and showed us live video images from there with introducing the wishes viewers were posting.   （In a Japanese superstition, if you make a wish three times with seeing the meteor shower, it comes true.)
Viewers from Asian nations also posted a number of still images of the shower they shot at their places, and they were also introduced with applause on the show. 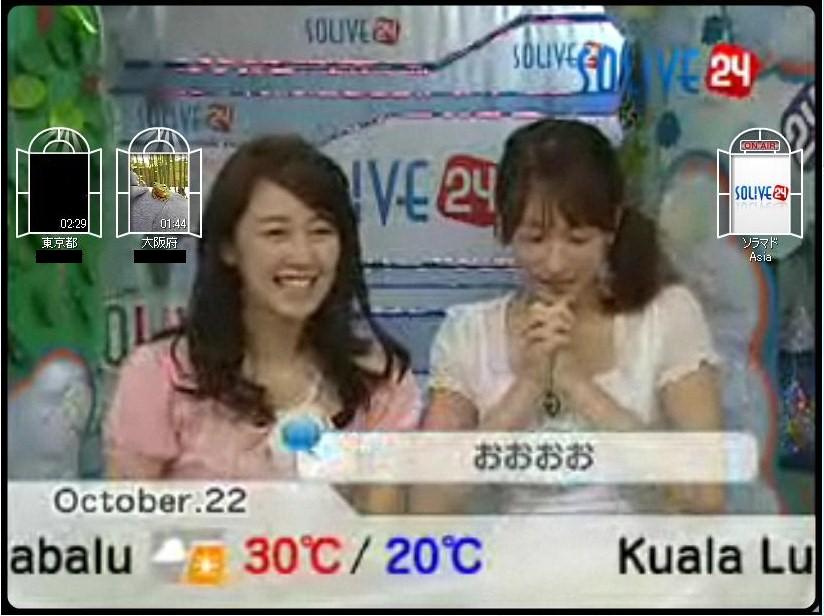 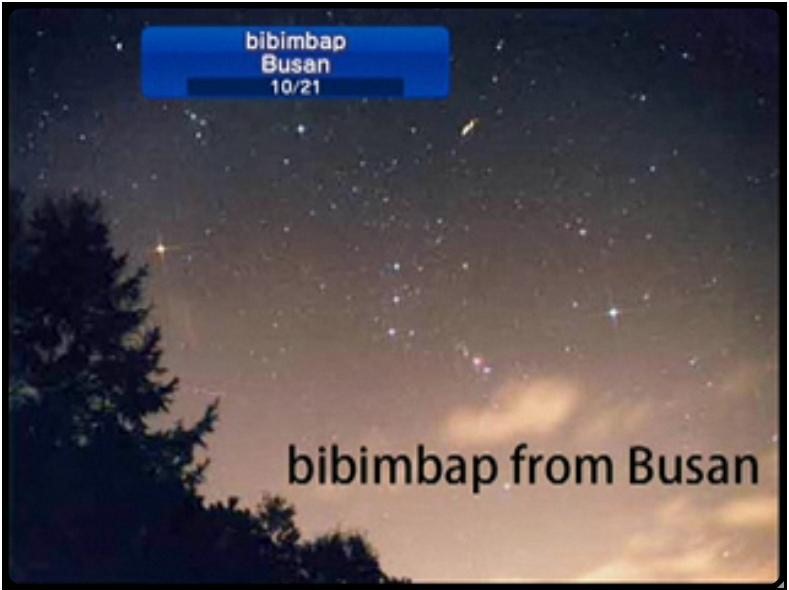