Currently, there’s a boom that many geeks install wireless-enabled video cameras on their cars, and that they publish captured on-board video movies on video sharing sites such as Nico Nico Douga[J] (link to videos tagged with on-board camera view, requiring username and password) and Ustream. The videos can make you feel as though you were driving on Japanese expressways. 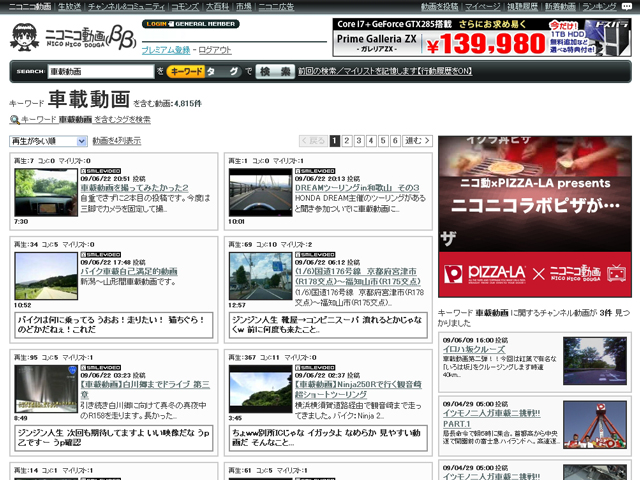 The geeks are called “Shasai Cluster” meaning the group of driving video shooting hobbyists, form networking communities and have offline parties here and there. Some of them contributed to launch a website[J] which shows you real-time locations of the members of the “Cluster” who have GPS-enabled devices and Internet-enabled wireless video cameras online. By clicking each of red arrow signs seen on Google Maps mash-up on the website, any viewers are allowed to watch live streaming videos as though you were sitting on a driver’s seat.

The geeks are competing in shooting many chokepoints and in improving video quality for viewers as to watch with comfortability and not as to get carsick that may be caused by gazing at wobbling video images.
Via: IT Media News[J]