Today at noon, the Tokyo-based independent ISP Interlink[J] started the world’s first contest inviting new generic top level domains (gTLDs) of your own.
We used to have a limitation in choosing an option of gTLDs, but it was fully liberalized by the resolution that was made at ICANN‘s board meeting in 2008.
.car(dot car), .web(dot web), .blog(dot blog) and whatever – your application entry is acceptable from Jun 24th until Sep 30th, then 20 domains will be chosen as the final candidates. Public votes to pick the grand prix from the 20 candidates will be open from Oct 15th until Nov 11th. The grand prix winner will be announced on Nov 30th. (all dates are in this year)
The winner can get the prize of USD10,000 in cash, furthermore, for a decade from Nov 30th, he/she has the right to receive USD1 for every sale of domains ending with the gTLD applied. If your gTLD were adopted for 80 million domains such as those of .com, you could earn annually as much as USD80 million as the reward. Any charge to apply it to ICANN is definitely paid by the ISP company.
If the grand prix is won by two applicants or more, the prize and the reward money are to be distributed equally to each of them. 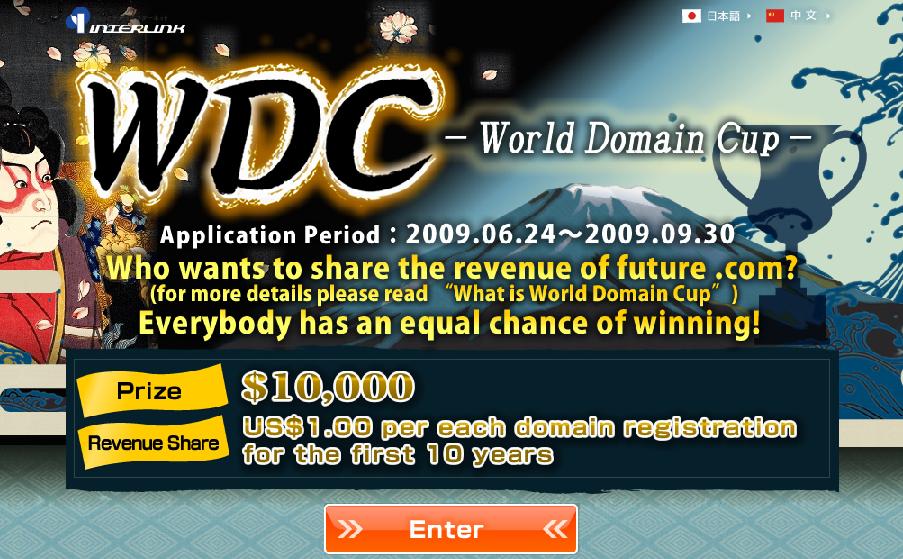