On Wednesday, A Shibuya-based dot-com venture CyberAgent launched a free mobile SNS, named “Otokonoko Bokujo (a.k.a. Otoboku)” meaning boys pasture, targeting marriage-hunting females.
After a female user signs up for an account of the service, she will be allowed to upload portraits and profiles of her male friends to her own “virtual pasture” set up on the site. She can categorize each of her male friends by his characterestics like flirty / tough, and carnivorous / herbivorous meaning how aggressively he approaches to a female.
According to the service guide developed by CyberAgent, when a female user makes connections with her female friends on the site, they will be allowed to browse portraits and profiles of the user’s male friends. Each of the male friends is represented by an animal icon such as a horse or cow, which may make you think that males are being treated as livestock bred by females. 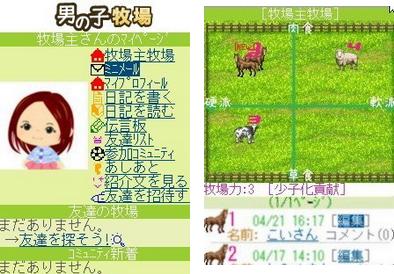 The pasture SNS allows female users to use several features including a diary, web-mail, bulletin boards and community, and it aims at supporting marriage-hunting activities for females who are looking for the future fiances
In terms of the user’s privacy protections, Asiajin‘s co-founder Akky Akimoto‘s colleague and Japanese famous Pythonista Mr. Hirokazu Nishio pointed out on his blog[J] two faults of the service architecture, which are

On the other hand, Japanese bloggers are highly criticizing that males are treated as livestock bred by females as the site title reminds you of, CyberAgent’s public relations blog is under the Enjoh or flaming. Some posts mention it is immoral to represent males by animal icons of cows, horses and lambs.
CyberAgent posted a clarification on the blog in response to blogger’s criticism, and it explained the site title was named after the vegan-type boys boom. Because of no complainment after examining if the title disgusts the company’s male employees, the service supervisor judged it was cleared for launch. Reportedly the company is now taking account of renaming the title. 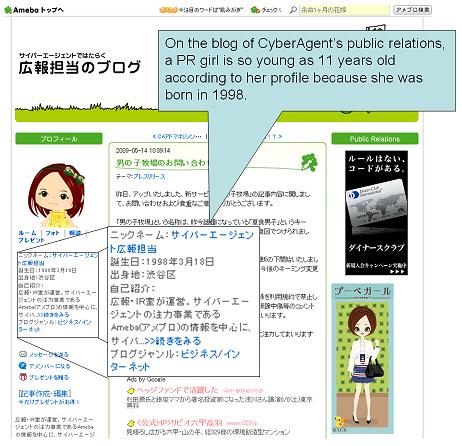 An 11 years old PR girl explains the background of the service on behalf of the entire company. It may violate Japan’s labor standards law prohibiting hiring those who are younger than 13 years old. Japanese bloggers believe she is cuter and smarter than Marissa Mayer.
Via J-CAST News[J]
See Also: