This month’s Tokyo2point0 was held at Nishiazabu Super Deluxe with two sessions. 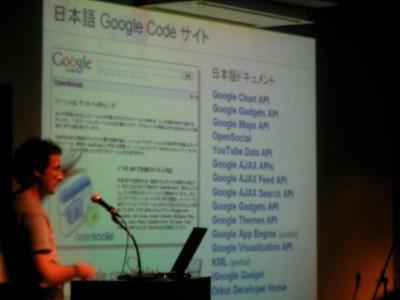 It is explained that the characteristics of Google’s services are formed by concentrating on getting “roughly correct”, contrary to strict system such like used for money handling system.

Four technologies support it are drilled down.

For Google, Peta Byte (1000 Terabytes) is the common unit to handle. These tools are designed for taking care those massive data processing on thousands of servers.

Google Technologies opened to outside 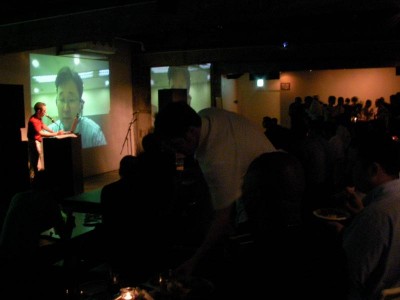 All of three venture service are related with visual content creating. Drawing, movie and sound things. The used demonstration video are hosted on Tokyo2point0 website.

All services are run in Korean so far. Andy said that it is possible some of them will make Japanese localization in future.
Probably because of the internet lag, and the style of presentations by videos, there could not be active discussions between remote Korea and the conference room. But it was a good trial. I hope we will see another improved session with somewhere oversea.