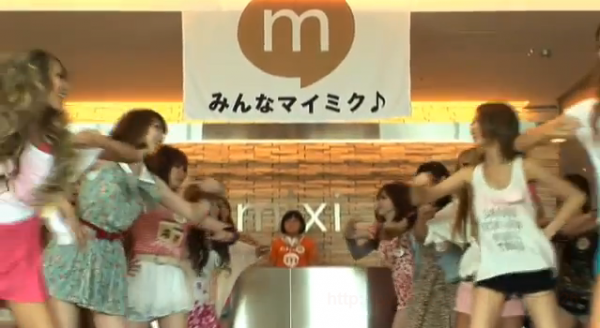 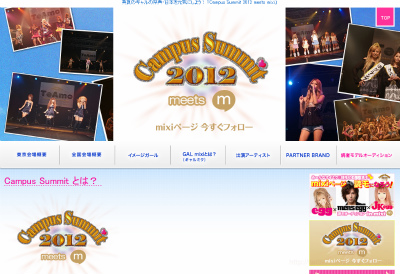 According to the event page, Campus Summit is a summer festivals for and by college students, which began in 1995 in Tokyo. At largest, the festivals were held at 57 locations in all 47 prefectures.
This year, Campus Summit theme is set as “Minna Maimiku Matsuri”(Festival to become Mixi-friends With everyone) and all staffs and events attendees are supposed to be connected on Mixi during this “User Attending Real 2.0 Event”.
The official Mixi page of the event has over 80,000 followers.
The event’s theme song this year is “Minna Maimiku”(Everyone, Mixi Friends) by charisma readers models Yumachi and Aina, with 7 year-old girl DJ Mikan.

The song has many Mixi-related words and phrases in its lyrics. For example, 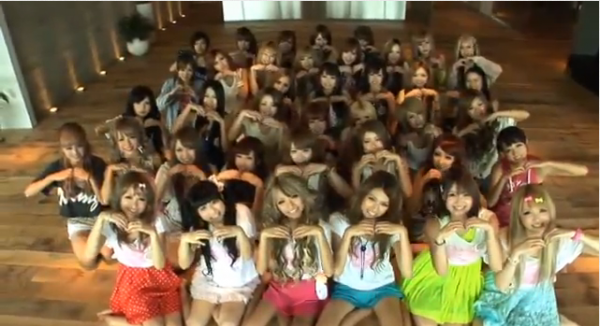 The readers model gals seem to dance at Mixi’s headquarter in Shibuya. 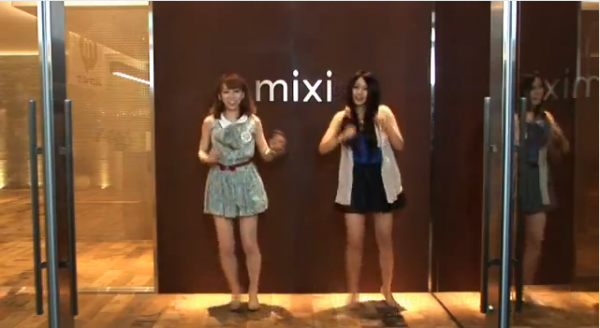 Found by net-savvy users (including me), the video seems to be down-voted a lot now on YouTube…