Anonymous, a hacker group known by several internet protest attacks against the recently passed Japanese anti-copyright bill which penalized music downloaders, who are being reported to be attacking Japanese government and political parties websites, gets a little troubles on its first contact with Japanese.
Until this attack began, Anonymous and its hacktivism were known as what happened oversea, nothing related to themselves by Japanese.
Their Twitter account on this time activity, @op_japan, tweeted 5 times in Japanese out of the total 100 tweets, but all of them are not natural Japanese, likely done by machine-translation. Though they are understandable enough, it seemed to make Japanese net users an impression that the person(s) inside is a bit dumb.
# like my Asiajin posts 😉
As the account later admitted [J], on their first attack, they mistakenly attacked a local lake “Kasumigaura” management office website, instead of Japanese ministries, so-called “Kasumigaseki”. 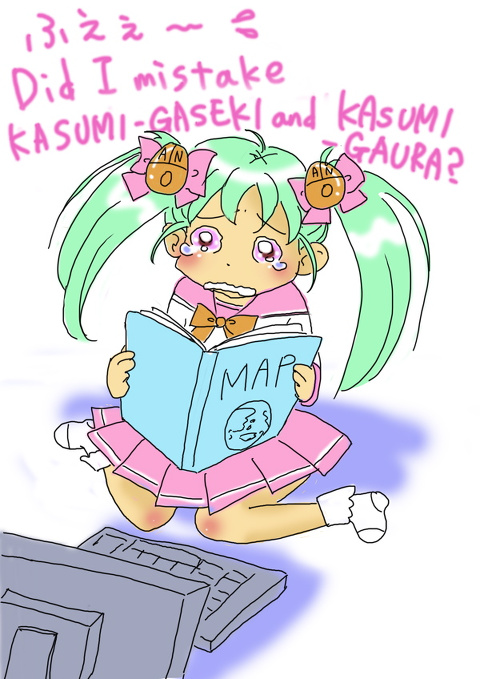 Another one, attacking the opposition party, The Liberal Democratic Party(LDP) website first prior to the ruling party, The Democratic Party of Japan(DPJ), was not a mistake, they announced [J], which may be true as the both parties approved the bill. However, many Japanese web users thought that Anonymous chose targets without enough research.
On Twitter and 2-channel, some started saying that the Anonymous is like “Dojikko”, which is an Anime/Manga word means a clumsy girl whose mistakes are thought as attractive. Some drew personified character of Anonymous by following the line.
On the Japanese web, more people seem against the bill even before Anonymous’ attack, so this anthropomorphism may show that their positive feeling.