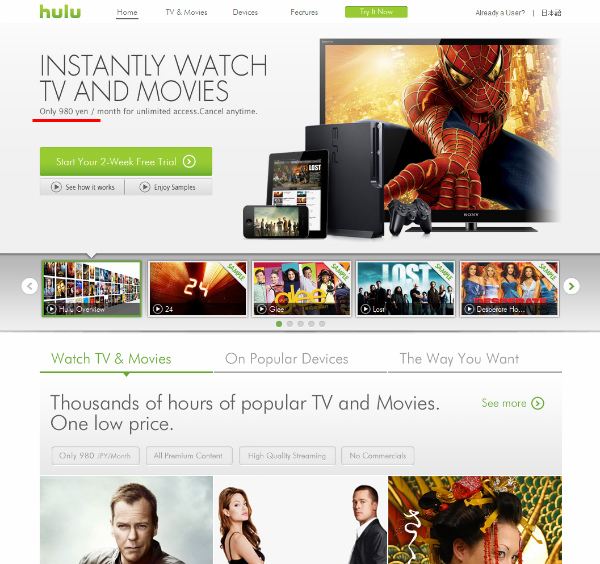 2 weeks ago, Hulu Japan succeeded to receive contents first from major national broadcast network’s key station, TV Tokyo, though the network is the weakest one among 5 private networks. At the launch, it was essentially an online video service targeting US drama fans.
Hulu began its Japanese version last September. Hulu Japan only offers paid program, there are no free service with ads like as in its original US service.
Hulu Japan’s current number of paid subscribers is not disclosed. US Hulu-plus(paid program) reached 1.5 million in January, but that number was already achieved by Nico Nico Douga (1.5 million, 525 yen, not only drama contents but have YouTube/Ustream-like features) and BeeTV (2.05 million [J], 315 yen, only on cellphone) in Japan. Hulu Japan’s initial 1,480 yen was too high as a challenger, I think.
Hulu Japan also announces to plan Wii support, which already began in US, in 2012.
via Famitsu