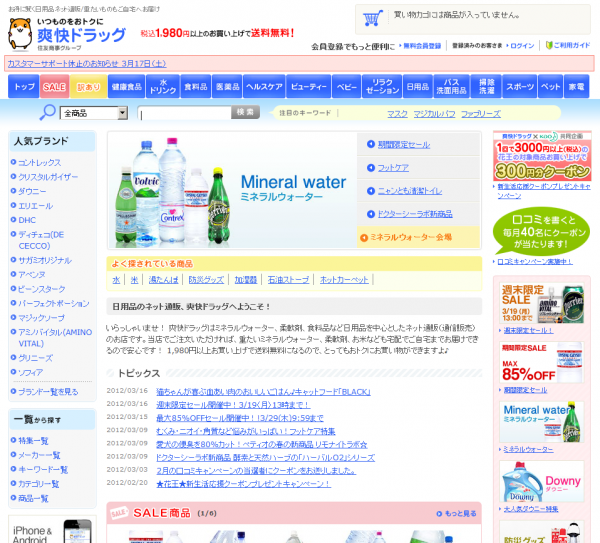 Sumitomo Corporation announced on March 7 that their online pharmacy Soukai Drug (soukai = briskness in Japanese) is going to expand into China and Indonesia this year.
Their Shanghai and Jakarta subsidiaries are already set up. Trial in Shanghai is planned to begin in late April, Jakarta service will start in late August.