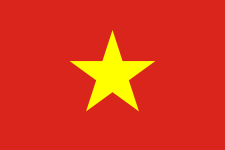 DeNA [J] has announced that they will acquire all shares of the Vietnamese game development company Punch Entertainment (Vietnam) Company Limited. which will become a subsidiary company.  Buyout is planned to be completed within the month of September.
Punch Vietnam is a subsidiary of the American game developer Punch Entertainment, Inc.  Their development process and management structure is set up to produce high quality and speedy game development, and for about six years have produced Android, iOS, and other game applications for major game companies in the west.
After the buyout of Punch Vietnam, their position will mainly be aimed at developing smartphone social game applications produced by DeNA.  DeNA will be expanding their staff with the 50 some odd current game developers at Punch Vietnam, and are now ready to roll with a full on smartphone social game app development system.