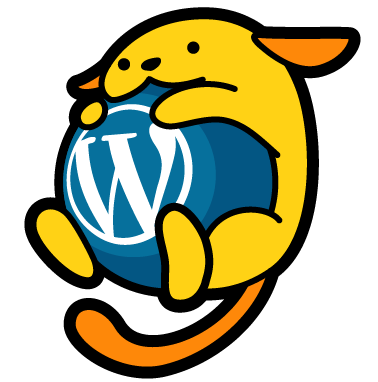 WordPress set [J] its Japanese official character in February 2011, and held a naming contest [J] recently.
So its name is Wapuu.
Wapuu’s character is copyrighted by the creator Kazuko Kaneuchi [J], but the license is the same as WordPress, GPL version 2 or any later version.
Six Apart, a blog application rival who led WordPress by Movable Type and TypePad in Japan, made [J] a mascot for TypePad, named Topf, in 2005 [J].

Toph is still used [J] by Six Apart for campaign.