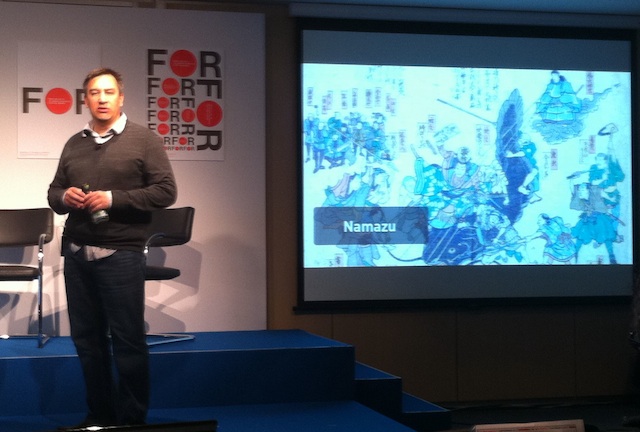 Dr. Chowdhury of Twitter started his speech with the first slide of Namazu, a giant catfish which causes earthquakes in Japanese mythology.
Starting with a keynote speech by Abdur Chowdhury (@abdur), the chief scientist of Twitter Inc., he explained how Twitter work had worked efficiently to communicate among people when the massive earthquake had hit the Tohoku Region on March 11, by showing us some animated infographics of how many tweets being exchanged across the globe during the time. 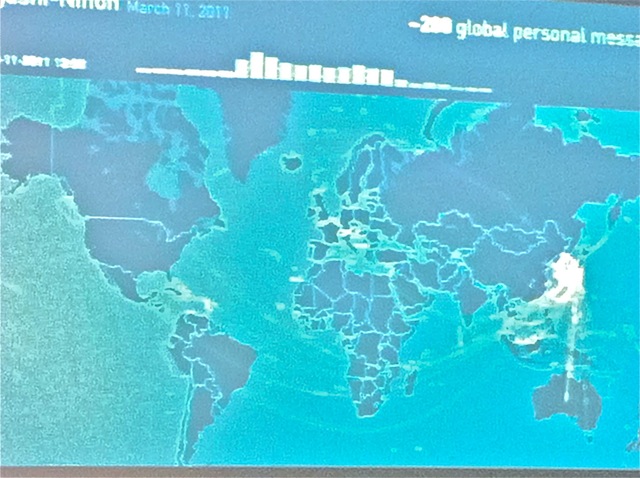 In the first session, five panelists from Japanese and foreign media discussed how mass media should tell the society what happened in the disaster while Twitter and other social media succeeded to deliver up-to-the-minute voices from the devastated areas. Hiroyuki Tsuruta[J], a student entrepreneur who had developed a website collecting tweets supporting our relief efforts, Pray for Japan[J], also joined the panel. 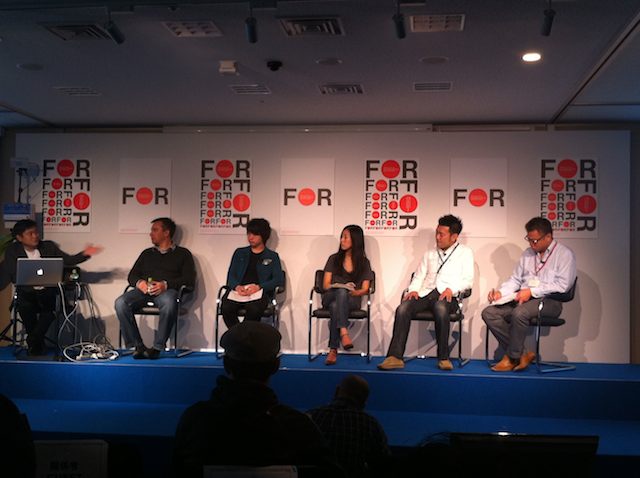 From left to right: Joi Ito (Digital Garage), Abdur Chowdhury (Twitter), Hiroyuki Tsuruta (Pray for Japan), Hiroko Tabuchi (New York Times Tokyo Correspondent), Tomoya Sasaki (Digital Garage) and Tatehiko Koyanagi (Nikkei Inc.)
In the second session, which was titled hardware and sensor network, four experts from radiation measurement device development and crisis response, they talked about how we can obtain parameters to protect ourselves from the invisible enemy when the government and a power company don’t disclose everything on the nuclear powerhouse accident. They introduced RDTN as a web mash-up that helps us learn a lot about what’s happening. 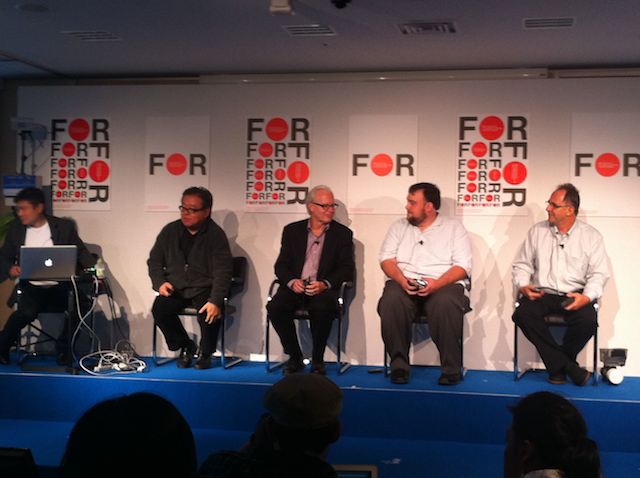 The third session, which is about speed and agile software development. In the crisis time of disaster, web apps helping people are needed to developed as rapidly as possible. Joi concluded that a variety of open source resources and cloud services made it easier to launch a web service very quickly, which contributed a lot to providing disaster-related information to the people having no chance to check out news updates on TV. 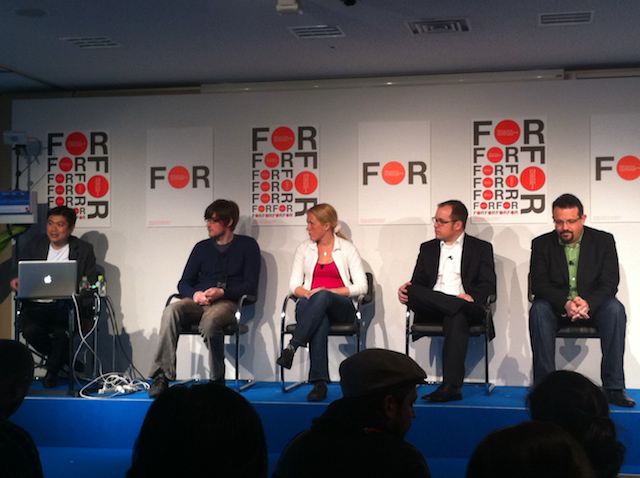 Following more than a dozen of unconferences arranged by the attendees, there was an opportunity for four start-ups being incubated at Open Network Lab[J] to present what they had made for the last several months. Open Network Lab is a seed acceleration program by Digital Garage and intends to be Tokyo’s version of Y-Combinator. All services introduced are currently under development, and I will try to let you figure out what they are, but no details are available at the moment. 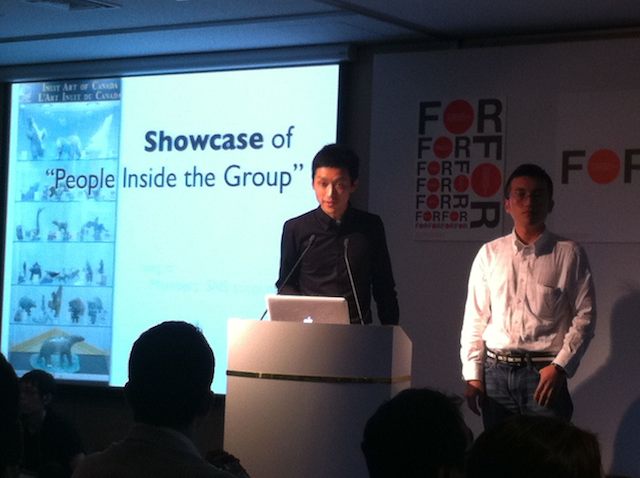 Groupelago is a web service that allows you to aggregate social feeds of people you are interested in. Two guys developing the service graduated from Keio University, and they believe it can be used to encourage freshers to join a school club, because it can show them what kind of people the club consists of prior to joining it. The service is currently running in beta and available only among Keio students. 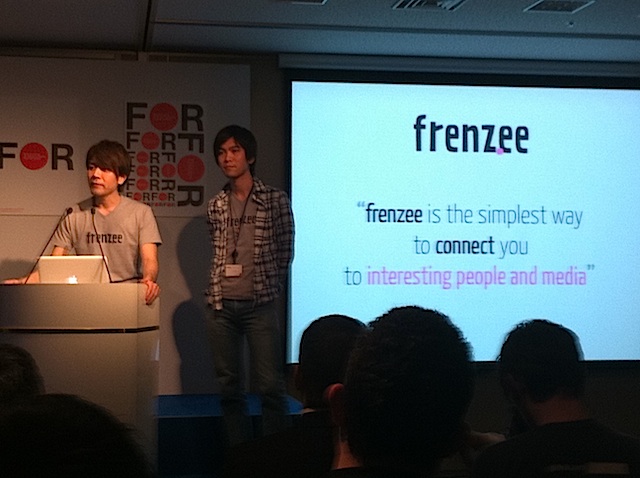 Frenzee is a social web app that allows you to discover new digital content. It helps you connect to someone having the same interest with you by choosing pictures that have been posted on the service. The following video helps you learn how it will work. 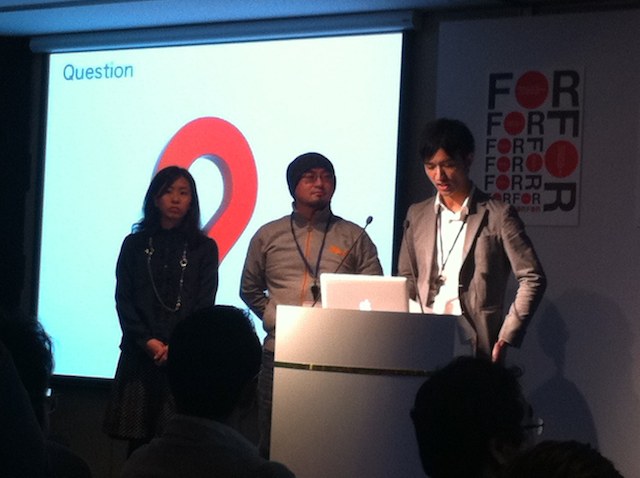 Compath.me is a location-based smartphone app that allows you to find discoveries near-by that the other users have posted and you may be interested in. 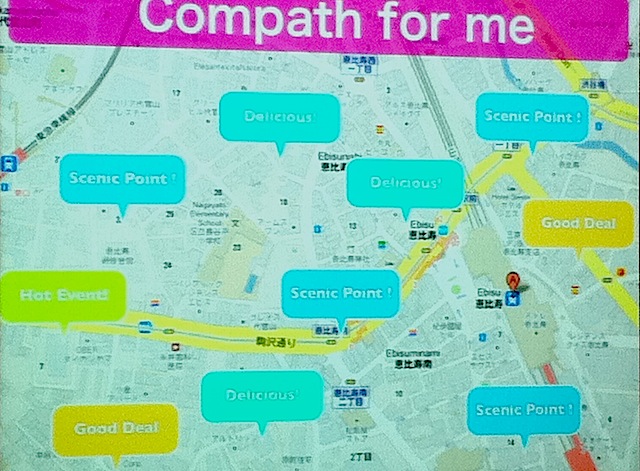 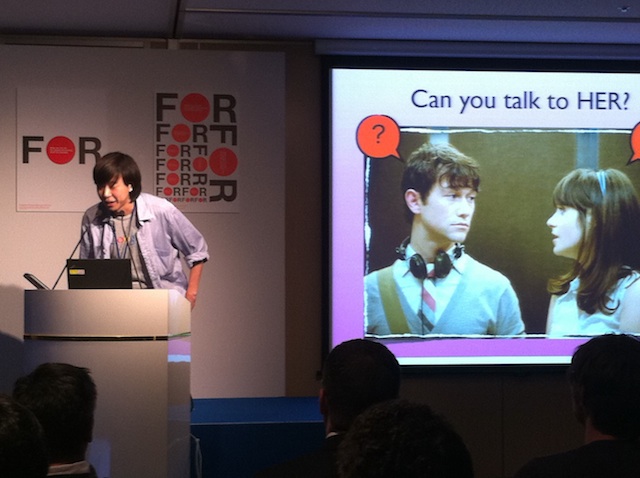 Satoshi has grown up in Nigeria and London and is currently attending the International Christian University in Tokyo. His app Wondershake is a location-based smartphone app that visualizes your inner taste and connect you with like-minded people around you in the real world. He plans to launch the service at the end of this month, not in Japan but in the US. A judge asked him why he would launch it in the US before Japan, and he answered he believed this app would fit the US market despite average Japanese are considered to be shy and it’s hard for them to make friends with someone else. His answer called a big laugh from an audience. 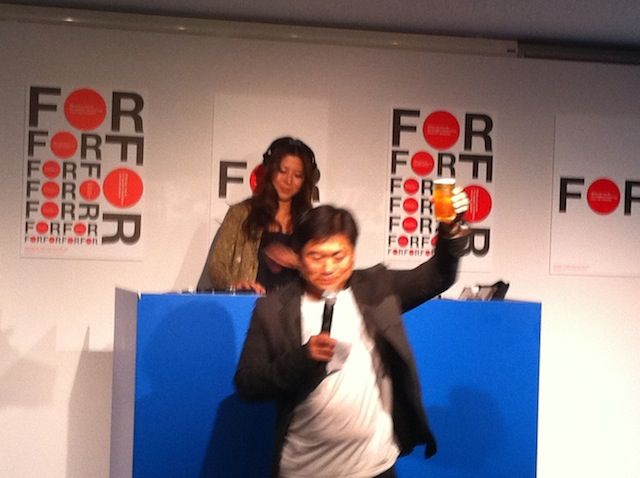