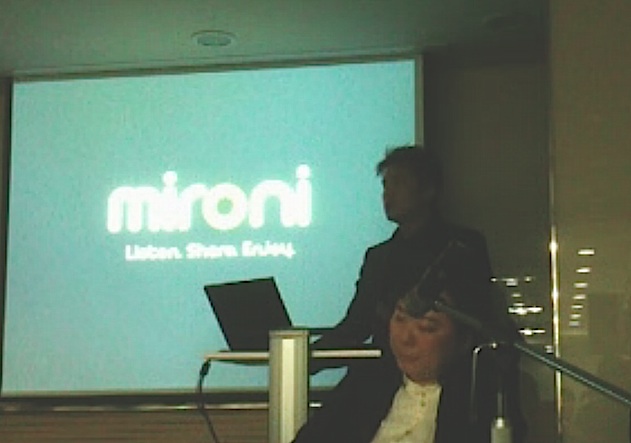 As noticed on this story, five Japanese tech start-ups and six Korean tech start-ups had jointly a presentation event in Seoul on Wednesday.  I just wanted to join them for covering what happened onsite, however, I couldn’t make it because of my another assignment in Malaysia.   Alternatively, I tried my best for making a wrap-up of the event by checking out a Ustream video and a series of tweets by those who were attending.
The event took place at a hotel near Teheranno St., known as the epicenter of many tech start-up movements in the city.   Presentations were made in English, Japanese and Korean with simultaneous interpretation.   Let’s start with a presentation made by Korea’s start-up Mindsquare.

Presenter: Park Hongwon (박홍원), Mind Square[K]
Mindsqaure provides a variety of foreign language learning apps.  They employs app developers in Korea and are doing business in Korea, Japan and the US.   Most of their revenues came from Japan, and intends to the US market.  Mr. Park says,

In app purchaise iOS/Android/Japanese Style
Presenter: Kentaro Hashimoto(橋本謙太郎), Conit
He introduces the in-app purchase system for multiple smartphone platforms that Conit has developed.  Refer to this Asiajin story for more about the system.