Digital Hollywood was founded in 1994 by Dr. Tomoyuki Sugiyama[J] who had worked as a visiting researcher at MIT Media Lab, and later then it became a university that has grown out of a vocational school.   The university holds an annual conference, which is named DigiColle[J] after Digital Hollywood Collection, to show up research results chosen from many applications by their students.   This year’s one was held in early March.   I’m afraid I’ve been concentrating on catching up the quake-related updates and missed to write about it for almost a month. 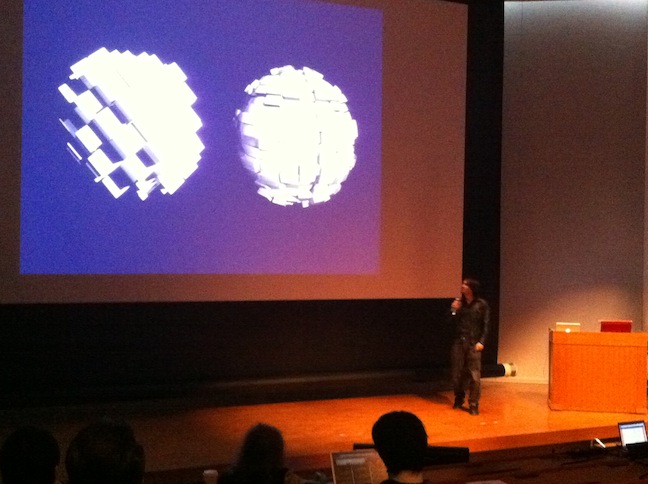 At the conference, I could see ten interesting ideas that future techpreneurs were presenting.   Let me expose them to the eyes of the international tech community.   The conference was recorded by the university’s professor and ad planner Takuya Kawai a.k.a. Himanainu[J] (meaning a boring dog) and is available on Ustream. 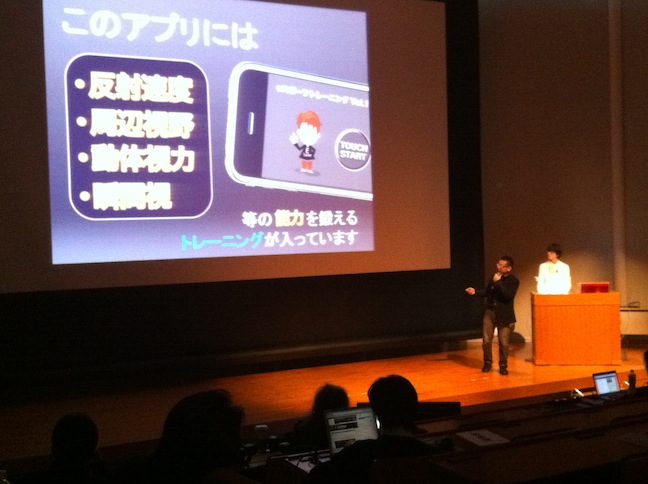