To start off, have met former colleague of Mobile Monday Indonesia, Andy Zain of VentureX and Calvin Kizana of Elasitas to learn more about the mobile and internet industry of Indonesia. From the statistics:

As seen in many news, it was obvious to hear that Facebook is widely used having 35 million users being the no. 2 in the world.  For Indonesian, being trendy is important so many uses Facebook and Twitter sharing their life real time using mobile. In addition, they also have a local SNS called mig33 (Editor: see also this story), having 25 Million users, apparently there are 500 million chat messages are sent through the mig33. The SNS are mainly used on Black Berry, a phone for wealthy people followed by Nexian, local handset maker with android installed. For local handsets such as Nexian, the Facebook is preinstalled with a option of flat rate plan for Facebook, charged 500 RP, about 5 yen everyday.
As for mobile contents, a subscription of celebrity SMS seems to be the top revenue making business. By subscribing to the celebrity, you can receive real time information about them every day for about 2000 RP, about 20 yen everyday. It comes with free contents links such as ring tones. It was amazing to find out that only 10% are successful of collecting money from the user since 94% of Indonesian uses prepaid mobile SIM, only charging about 500 to 1,000 RP every day, once the SMS from celebrity arrives most cases they may not have enough balance to pay for it. 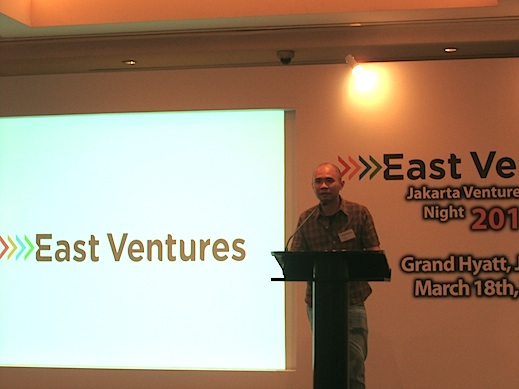 Moving on to Jakarta Ventures Night 2011, Disdus.com and GantiBaju.com[ID] shared their experience starting up in Indonesia followed by East Ventures portfolio companies, TeknoUp[ID] and Goorme.com[ID]. Afterwards, there were 9 startup companies pitching to investor in five minutes appealing their services. The 9 companies consisted of groupon clone, foodspotting clone, foursquare/scavenger clone, facebook app games, e-card, market place and an aggregate site for flash marketing. It was surprising to hear that in their presentation, some has appealed that they are a clone customized for Indonesian market. Many of the entrepreneurs were looking at the US market for ideas and starting up the service copying or taking the best part of the services. Most of the entrepreneurs I spoke, used to work for a large company before they started their startup. They have attended the event to find possible investors for their company and were interested to know more about the IPO market in Japan since there has not been any IT company that went public yet. Indonesia is a growing market and hope to see more original services meeting the needs of the mobile users. 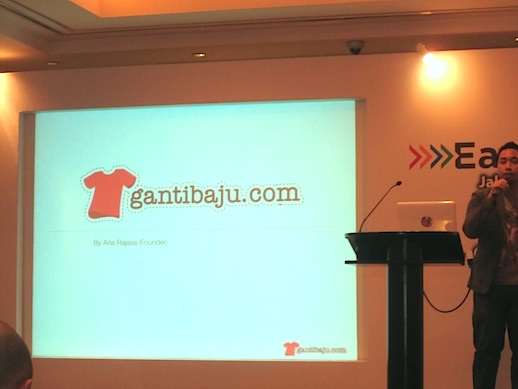 From this trip, it was great to know that there are many ambitious Indonesian entrepreneurs trying to be the next big company in Indonesia, will be great to follow up with them again next year.
For more details on the startups, it is accessible from this post of Singapore-based tech blog Penn Olson. 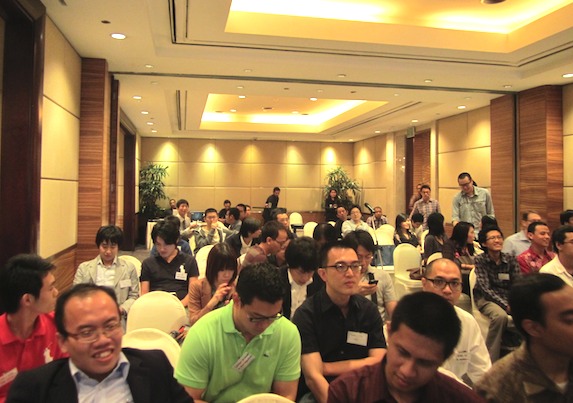 Editor’s Note: East Venture is a private equity specializing in seed investment to SE-Asian tech start-ups, which has been founded by Batara Eto[J], ex-CTO of Japan’s largest social network Mixi, and Taiga Matsuyama[J] who is the founder/owner of Kronos Fund and also known for having made the big wave of founding many IT companies in Shibuya during the late 1990s.