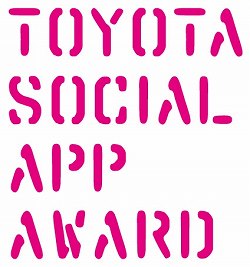 Toyota Marketing Japan(TMJ)[J], a 100% subsidiary of Toyota Motor Corporation, announced it would have a contest on ideas of new apps integrating social network platforms which especially intend to make people interested in motor vehicles, in association with NHN Japan, GREE, DeNA, Mixi and Yahoo.  Presidents of those companies will serve as the judges of the contest.
The contest, Toyota Social App Award, accepts the ideas of new apps for PCs, featurephone and smartphone handsets. However, no stand-alone apps nor console games are allowed.  All applications are due April 28.   Award results will be announced in late May.  A million yen will be presented to the top award winner.
Mr. Hiroshi Takada, the president of TMJ, says, “Young people started getting less interested in motor vehicles ten years ago, but we couldn’t stop it.  Social apps can attract people by connecting them online. We expect the apps help people share the joy of motor vehicles. We are working in the motor industry, which prevents us from inventing something new transcending our imagination. We’re looking forward to great ideas from everyone.  We hope this contest may contribute to bringing good trends to motor, game and social app industries.”
Via: CNET Japan[J]
The following two tabs change content below.