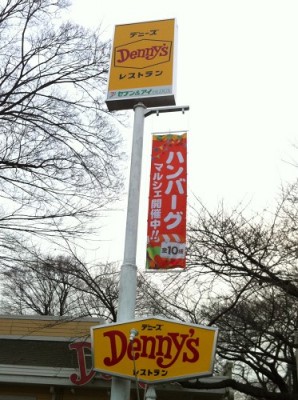 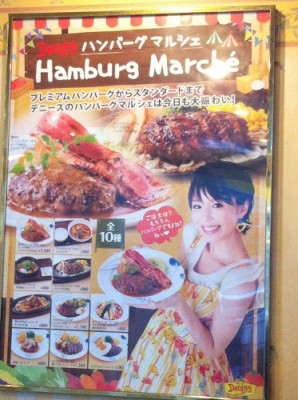 Aya Hirano is a very popular voice actress(“seiyū”) and J-Pop singer. She is known for her role as Haruhi Suzumiya in “The Melancholy of Haruhi Suzumiya“. Denny’s Management company SEVEN & i Food Systems [J] released two AR applications on this campaign.
D Silver AR and GAME
D Gold AR and GAME 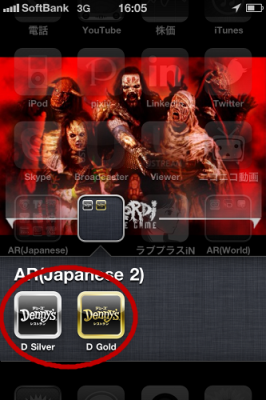 *There are not only the iPhone applications but also Android applications.
When you read a menu at the store, you will find an AR marker. 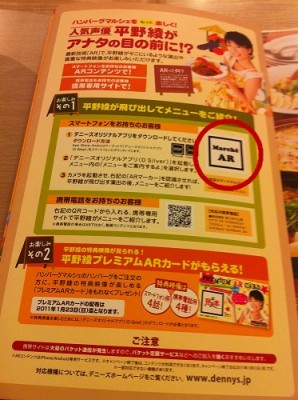 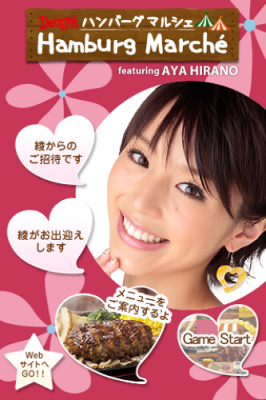 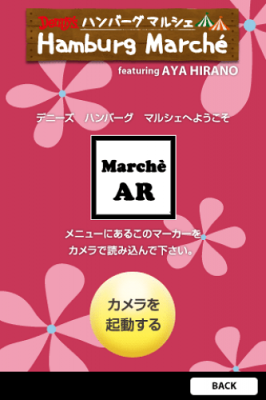 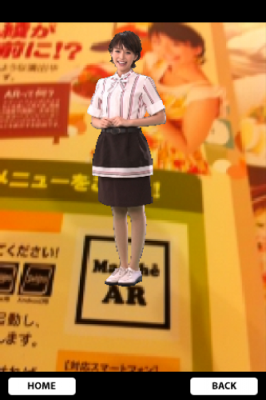 CG animation of Aya Hirano appears when the AR marker showed on your smartphone camera. 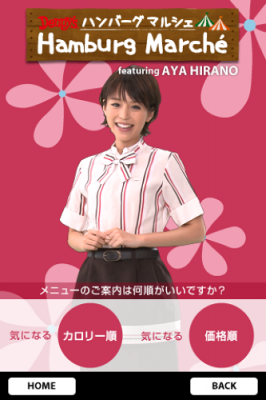 Then, the screen changes into the menu introduction.
While I played and watched the AR contents, Salisbury steak dish I had ordered arrived. (I forgot to take the dish photo!)
When you pay, they will give you you an AR card. 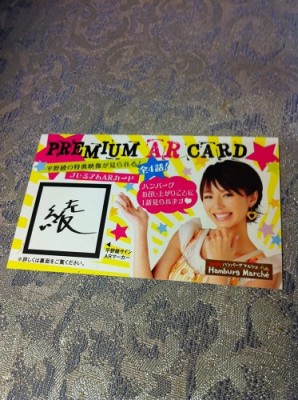 Now I try the other app “D Gold AR and GAME”. 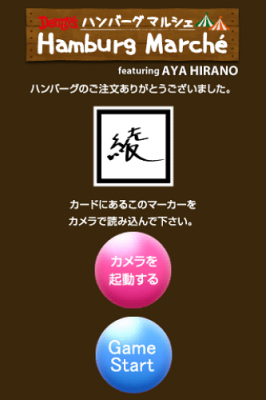 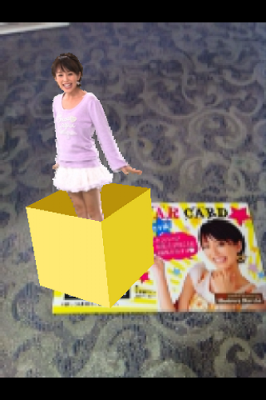 The different version of CG Aya Hirano animation appears. She moves and talks!
Then, the application changed to a serial code input screen. 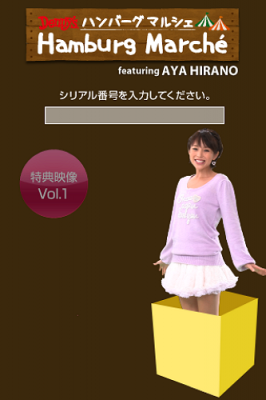 You put a serial code from the AR card, 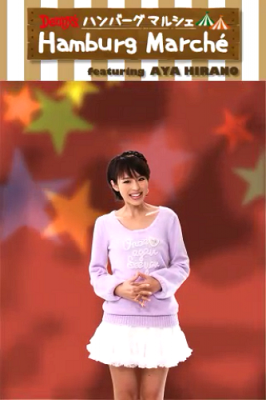 You can watch special movies of Aya Hirano. There are four patterns in all, but the AR card is given at random. So if you want to watch all movies, you need to repeat going over and over to Denny’s.
The AR cards will be available until January 23. Contents will be viewable until the end of January.