A group of three guys including an ex-Yahoo Japan employee introduced Mimiuchi[J] (meaning whispering in someone’s ear), a new Twitter service that allows you to confirm mutual love with someone you are interested in only with his/her Twitter account and without confession.   Of course, for making a result, both you and someone of your interest need have their own Twitter accounts and complete sign-ups for the Mimiuchi service. 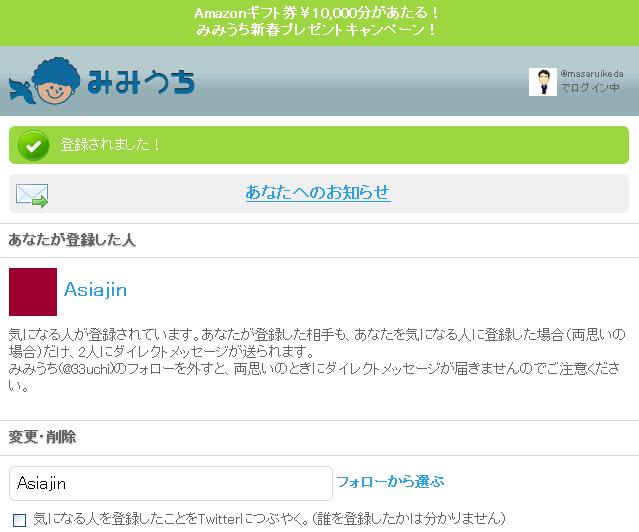 Someone of your interest will not learn you are interested in him/her unless the service confirm mutual love.   Your Twitter followers never know it, neither.   The both will receive Twitter DMs when the service confirm mutual love.
You are allowed to register a single person (a single Twitter account) as someone of your interest, and to change it once in 24 hours.   A mutual love is confirmed every seven minute, the group says.  They expect to have it raise up to Japan’s current frequency of marriage registration, which is a new marriage happening every 1.5 minute.  They also plan to launch an English version of the service soon.
[Update: Feb 6, 2011]
Mimiuchi launched its English version.
See Also:

Your Cellphone Helps Inducing A Coincidental Meet To Dating