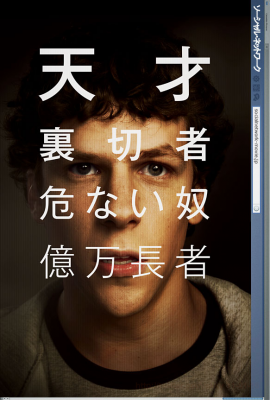 It is a slow-starter. The Facebook-themed movie “The Social Network”, which was defeated by Japanese movie “Boku to Tsuma no 1778 no Monogatari” at its release weekend reportedly won the ranking top on January 22-23 weekend (by Kogyo Tsushinsha).

Japanese ranking watcher bloggers say that the news of its getting the Golden Globe awards made a good effect. Japanese media has been picking up both the movie and the Facebook a lot more this month, too.

Leave a Reply to Tickets For Sale Cancel reply