[Update] The video (12:20 min) is available on TV Tokyo website now (maybe for about a week).
Last night, Facebook was taken up on the World Business Satellite, a financial/business news on TV Tokyo.
The World Business Satellite [J] (WBS) is one of the most influential business-related TV programs on TV Tokyo, a Tokyo key station of a national broadcast network owned by financial media group Nikkei. TV Tokyo and its network is the least popular one among five commercial networks, but some business related programs like WBS, Cambria Kyuden and Gaia no Yoake are popular among Japanese business people.
WBS is one of the MUST media which new products/services should be introduced for wide public. Popular web services like Mixi, Twitter, etc. have been on there on their growth, alongside of public TV NHK news and major business magazines.
This time, Facebook was taken up, probably the timing was set against the coming movie “Social Network” release in Japan on 15th.
On the first news, these topics around Facebook were told to rather elder business men who might hear about Facebook first time in their life, about 10 minutes in total. 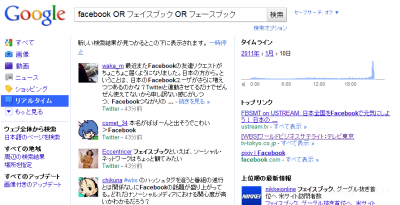 As the watchers primary interest is supposed their business benefit on the program, the news emphasized how you can utilize Facebook as a promotion tool, I felt.