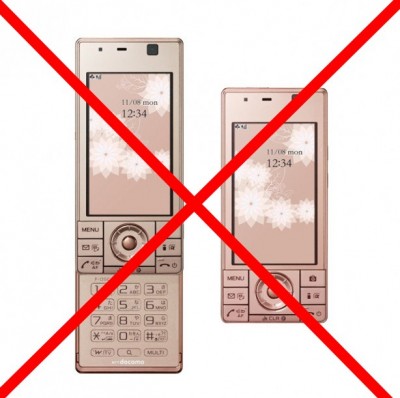 Goodbye, Galakei feature phones: according to Tokyo-based market research firm BCN (published in The Nikkei today), smartphones accounted for 49.8% of the total number of handsets sold between December 13 and 19 in Japan.
Sure, this is just a snapshot, but there is a clear tendency to be observed here, and the smartphone segment in Japan grows much faster than many people expected. By way of comparison: in January the ratio of smartphones to total handset sales stood at around 10%.
In November, 35.5% of all handsets sold in Japan were smartphones, with almost all domestic makers saying they will boost their smartphone production (and globalization efforts) in the near future that month. The most prominent examples are Sharp and Panasonic, with big P expecting smartphones to account for 75% of total sales by 2015.
In a separately published outlook, Nomura Research Institute today said that in 2015, handset sales in Japan will grow 43% to 45.7 million between 2010 and 2015. Nomura sees smartphones accounting for 70% of the total in five years.