Dwango[J], the parent of the company running Japan’s largest video sharing site Nico Nico Douga[J], announced its full-year consolidated financial statements (Oct. 2009 thru Sep. 2010) last week, which showed us Nico Nico Douga had turned in the black for the first time in their full-year result.   (In their monthly earnings, it already turned in the black  last March.)
They unveiled the following financial results and their user attributes.
Financial results:
Net sales: JPY1.846B (=USD23.1M)

(The number of premium membership users reached 1M on October 13th, this year.)

Those in their 20s who have signed up with Nico Nico Douga shares 60% of the entire population of Japanese in their 20s.
<Access stats>

Meanwhile, Nico Nico Douga announced they would open their new office next month in Takeshita Dori, which is a pedestrian-only street lined with fashion boutiques in Harajuku.  The office has a studio, a coffee shop and souvenir shops selling merchandise designed by artists who have been aired and spotlighted on NicoNico Douga. 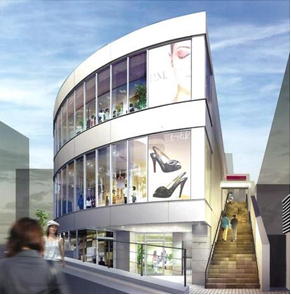