In Japan, paying for contents on cellphone web is so common. That supports unbelievable profit on social gaming networks Gree and Mobage-Town. Over 2% of population purchase weather forecast on cellphone with 105 yen or more, which I recently wrote for The Japan Times, is also a good example.
There is another successful, interesting cellphone paid service. But their success is not so well recognized even by Japanese tech-savvy people. Probably the category of the site is off center from interests of people in this male-centric industry.
The service name is Luna Luna [J] (Caution: this PC page will sing), which calls itself as a “mobile site for women”. The site takes information many women need, menstruation and contraception care with a lot of guides/Q&A/columns around women’s physiology. 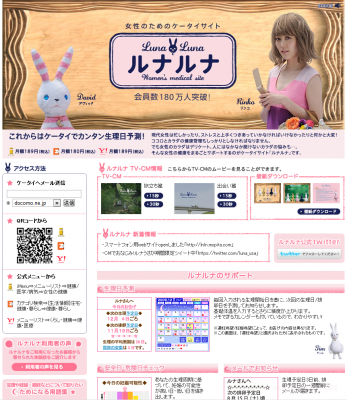 The cellphone site, which is reachable from all major 3 Japanese cellphone carrier official portal, boasts 1.8 million registered users. Amazing thing is that all of the 1.8 million members are paid subscribers, who pay 180-189 yen(depends on carrier) each month. 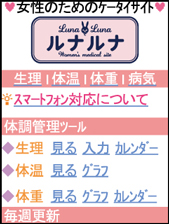 Two points amazes me, and probably you, too. One is its revenue. 1.8 million people paying 180 yen every month means that their monthly sales is at least 324 million yen (400,000 USD).
The other is how many of targeted people are paying for it. The population of Japan is 127 million, and 65.4 million of them are female [J]. So, 1.8 million female members occupies 2.75 % of all women, 1 in 40 at this point. As over 30% of all women are either too old or too young, they should not need such information, then the user ratio against population needing it is even higher, maybe about 4%?

Using TV commercial to get users sounds so Web1.0 – 1990’s. However, on the carrier assisted Japanese cellphone web it is totally rational way, proved by Gree and Mobage-Town already. If your earning subscription fee increases more than you burn on TV, there are no reason to avoid such mass promotion.
Here is one of their commercial film featuring popular Japanese pop singer Ai Otsuka (iTunes),

Another one with doll rabbits,

Emboldened by the domestic triumph, Luna Luna company MTI Ltd. launched the English version of Luna Luna on iPhone for U.S. market on October 22nd. The price is $1.99 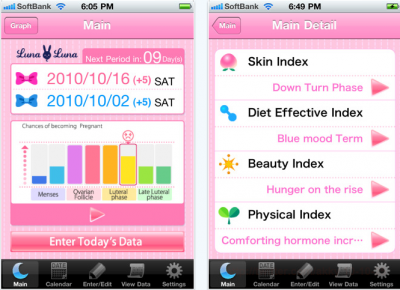 The English version Luna Luna have the following features transplanted from Japanese original; 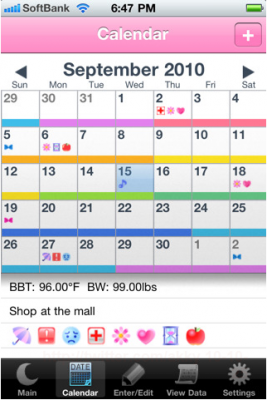 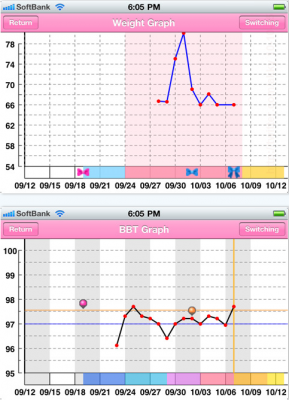 Although iPhone AppStore added the form of subscription model, their users get used to one-time purchase. The price of Luna Luna iPhone version is almost same as one month fee for its original Japanese cellphone version, which means that they can only earn very small amount even if the U.S. users like it and keep using for years.