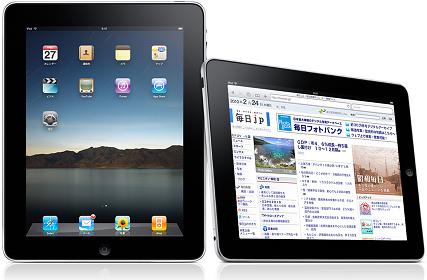 Prior to the iPad sales start in Japan which is scheduled on May 28th, some people who can’t help waiting for the day have ordered it on e-commerce sites based in the U.S. where it is already on sale.   Japan Post have got many complaints from recipients that no iPad is enclosed in the parcel delivered, and the postal company is asking USPS to investigate the cases.
Japan Post says the iPad loss cases are mostly reported for the parcels using the international Express Mail Service (EMS) which are routed via New York City, and the iPad devices seem to have been stolen in the U.S. before the parcels get to Japan.   Some honest e-commerce stores use insurances to cover the losses, and they re-send the device to the customers who have reported the losses in the parcels delivered.
via: Mainichi.jp [J], asahi.com[J] and MSN-Sankei News[J]