User Local[J], a tech start-up who is well-known for having developed a web-based access statistics tool using heat map visualization, released “Machi-Tsui[J]” (Machi stands for a city or a town. Tsui is a Japanese abbreviation for Twitter) on Friday, which allows you to find which part of Japan or which part of a prefecture your Twitter followers are located in with maps and listings. 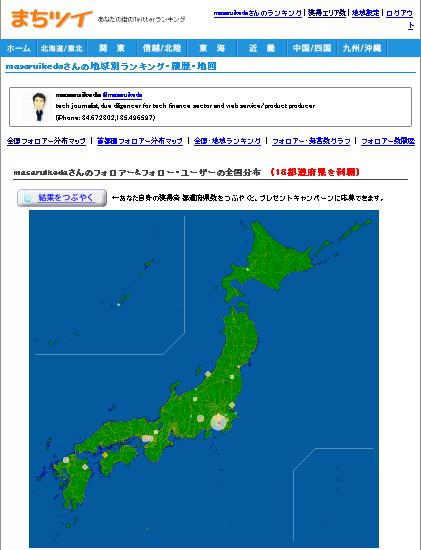 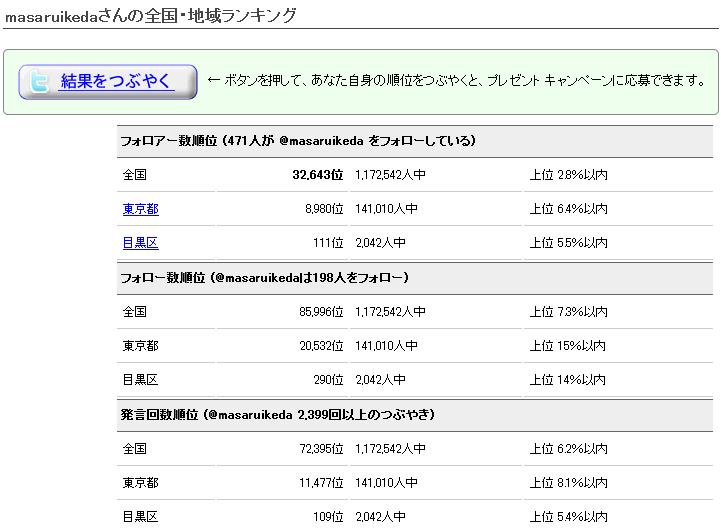 By using longitude and latitude parameters given in every Tweet, Machi-Tsui recognizes where every Twitter-er is currently located.   Besides geographical distribution of your followers, the service shows you how manieth you’re ranked in your region in the number of followers.   Among all 1.1M Twitter-ers in Japan, the service can detect about 610,000 users who disclose their current location on their tweets.

Meanwhile, Shibuya-based mobile web developer Fact-Real[J] introduced a new service called “Suke-Tsui[J]” (“Suke” is an abbreviation for schedule, Tsui is Twitter as mentioned above.) , which allows you to create a schedule on Google Calendar and to publish it to your Twitter followers only by posting a tweet including a scheduled time and title with the Twitter hashtag of #yotei.   Currently the service is being operated as beta, and it will be enhanced and improved upon user requests before the official version release.