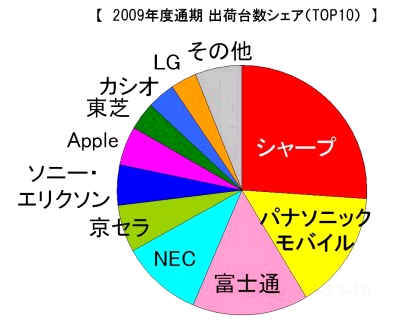 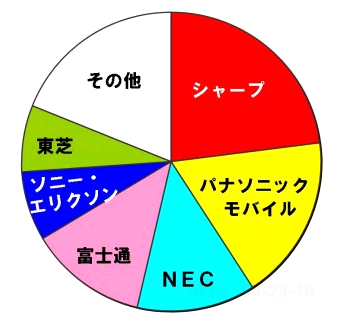 As always, English media like Bloomberg already reportedApple Captured 72% of Japan Smartphone Market in 2009. There, “only the smartphone” share was picked up and said Apple got 72% of Japan, without telling what smartphone means here in Japan.
The definition of “smartphone” is vague even among Japanese. Japanese Wikipedia [J] says that smartphone means that the phone has any of these operating system; “Symbian OS, Windows Mobile, Windows Phone 7, iPhone OS, Android, BlackBerry OS, Palm OS and Palm WebOS”. That is, all non-Japanese OS.
Apple built up their 4.9% share in few years is a great achievement in this crookedly-evolved competitive cellphone market, even though it was initially supported by loyal users of Macintosh and iPod, both had succeeded more than world average in Japan, and exclusive partner Softbank Mobile’s aggressive “Substantially Free” campaign, which is now being extended over a year.
But honestly, I dislike English media repeat posting “latest iPhone domination in Japan” news with misleading number, which should not be good also for serious foreign companies who are thinking how they should go into Japanese mobile market. You must support Japanese cellphone… yet.

Half Of Japanese Male iPhone Users Keep Their Japanese Cellphone
If iPhone Were No.1 in Japan, Sony Would Be No.1 Music Player