Tinami[J], a fourteen-year-old illustration sharing site for cartoonists and animators, completed the integrations with Ustream and Stickam last week, and it now allows users of the service to broadcast live videos of their drawing processes via the two streaming services and to communicate with their fans.
Furthermore, the site introduced an API[J] for developers who wish to develop mash-up web services or collaboration smartphone apps.   Prior to the introduction, the API is provided to pixViewer[J], an iPhone app for viewing illustrations posted on the services such as Tumbler, PIXA[J] and pixiv[J], those on Tinami became available with the app as well.
As of March 2010, Tinami earns 8.7 million page views per month, engaged 65,000 users and stored 130,000 illustrated items, and it is expecting the API introduction will spur on the movement to invent iPhone, iPad and Xperia[J] (An Android smartphone from Sony Ericsson) apps in collaboration with the site. 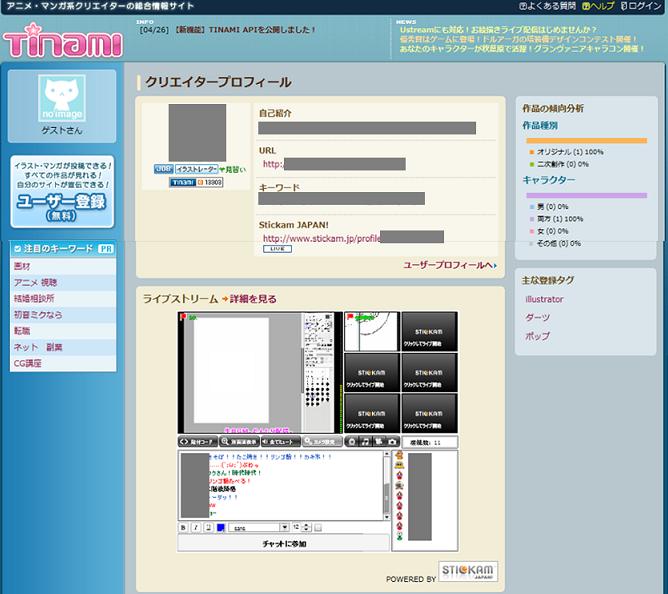 The following is a YouTube video introducing pixViewer (for free) as an example using Tinami API.