Yahoo Japan released 16 free iPhone Apps simultaneously at Japanese iTunes Store. By locating each app on the screen correctly, like solving a number slider puzzle, you can depict a face of the most famous character in Japan, Doraemon. 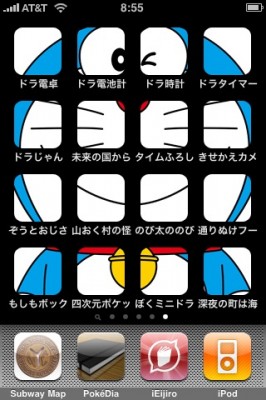 Each app icon is designed to be a part of the face of this character. Usually, iPhone app icons have a unique gradation effect  common to all, but icons of those apps don’t have such kind of effect on them.
These apps were released as a part of the campaign to promote the animation movie of Doraemon. Apps are comprised by 11 comic book  apps, a battery level checker app, mini-game apps and etc. 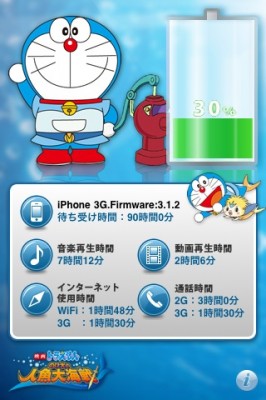 Currently, 16 apps are all ranked in the top 20 free apps in Japanese iTunes App store.