On the first day of this new year, Kanagawa-headquartered funny web app developer Kayac launched a new service which allows you to decorate your Twitter icon with sushi items.
The service, which is named Twitter Sushi, works in conjunction with Twitter, you are allowed to choose a sushi from varieties such as a chunky omelet piece, natto (fermented soybeans), salmon, tuna, shrimp, sea bream and salmon roe.   Large fatty tuna can be chosen by the Twitter users who have more than 100 followers. 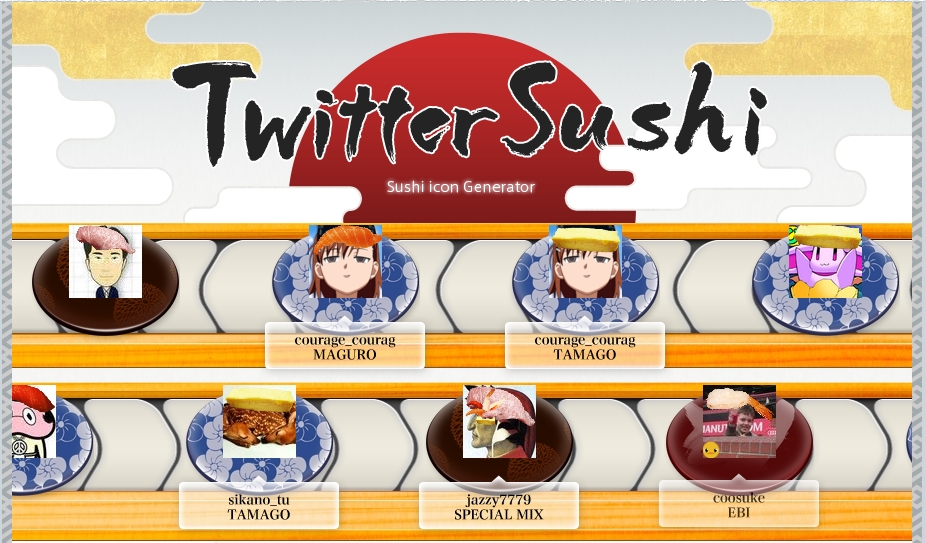 You may feel as though you had a seat at a revolving sushi restaurant.   In commemoration with the service, for those who apply for recruit from January 1st through 3rd, the company will kindly treat to sushi.