Japan’s second largest airliner ANA (All Nippon Airways) announced they would start a new service on selected flights between NRT (Narita International, Tokyo) and JFK (John F. Kennedy International, New York) next February, which makes all passengers (including economy class seats) on the flights possible to connect their iPhone/iPod to the in-flight personal entertainment system.
A passenger having iPhone/iPod can throw videos and pictures stored on the device to a LCD just in front of him/her when seated, and the system has also a feature to charge the battery for the device at the same time. Now you can enjoy watching your favorite long movies from the time of take-off to touch-down without fearing battery’s death nor feeling stressed by gazing at a tiny image on the iPhone/iPod. In order to avoid causing the possible radio interference, users will be advised to switch the iPhone/iPod to the airplane mode when using the service on a plane. 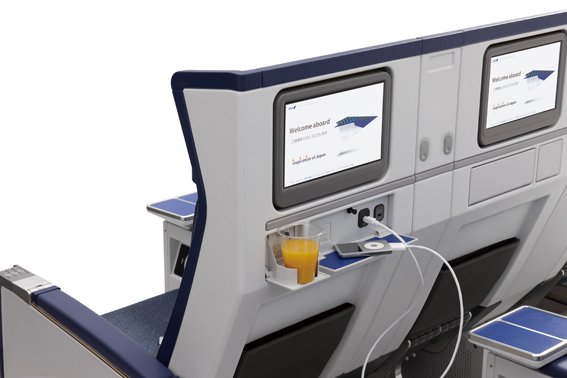 Author’s Note: Unfortunately, this service does not contain in-flight WiFi/wired Internet connectivity which is something like Aircell, Gogo and former Connexion by Boeing.