On Tuesday, NYC’s SOHO-headquartered blog network on researching global trends and insights PSFK hosted the first Good Ideas Salon conference in Tokyo.   More than 90 people came together to hear the panel discussions with innovation experts and pure living evangelists from Tokyo and the world. 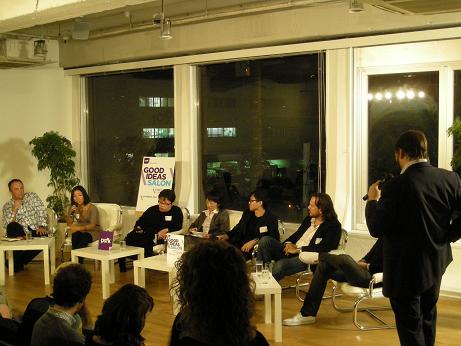 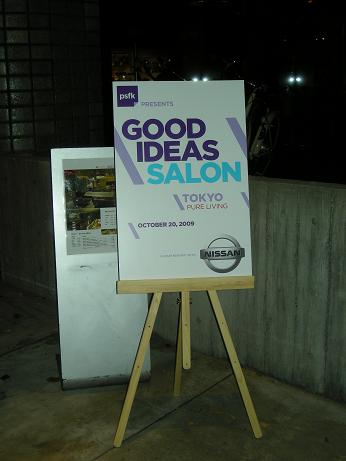 Peter Rojas suggested an idea of car mileage system that allows EV (electric vehicle) owners to pay an electricity fee to charge battery for driving it on monthly subscription basis just like cellphone charges. (refer to this Wired’s article for car mileage system)
Mark Alt pointed out automakers including Nissan who sponsored this event had introduced a number of eco-friendly vehicles.   Now is the time to redefine what an automobile is, because the automakers is about to redefine what the social system is, he says.
At the final segment of the event, the panelists accepted Q&As from an audience, and a female of them questioned the panelists what kind of items they had experienced to share with someone to avoid waste and to save our environment.   Rie Azuma says, Japanese have a custom of sharing a bathtub water with their families to save consuming, but she didn’t want to do with her father, and she thought most females could agree with her despite avoiding waste is so important.