Most Japanese, who are younger than 40 years old, would have listened to this program.   “Allnight Nippon[J]“, which is aired live every midnight on Nippon Broadcasting System(NBS)[J] and its affiliate AM radio stations nationwide and has 43-year history, now goes to mobile.
One of Japan’s oldest private radio broadcaster NBS and ringtone content provider Reco-choku[J] will jointly start the program’s time-shifted PPP (pay-per-play) service for cellphone users this coming Wednesday.
The radio program is basically targeting teenagers, and it is not easy for office workers and housewives, who used be the program listeners, to tune in it at midnight.   By adding an alternative option that allows them to listen at anytime, the broadcaster expects to develop another layer of steady listeners. 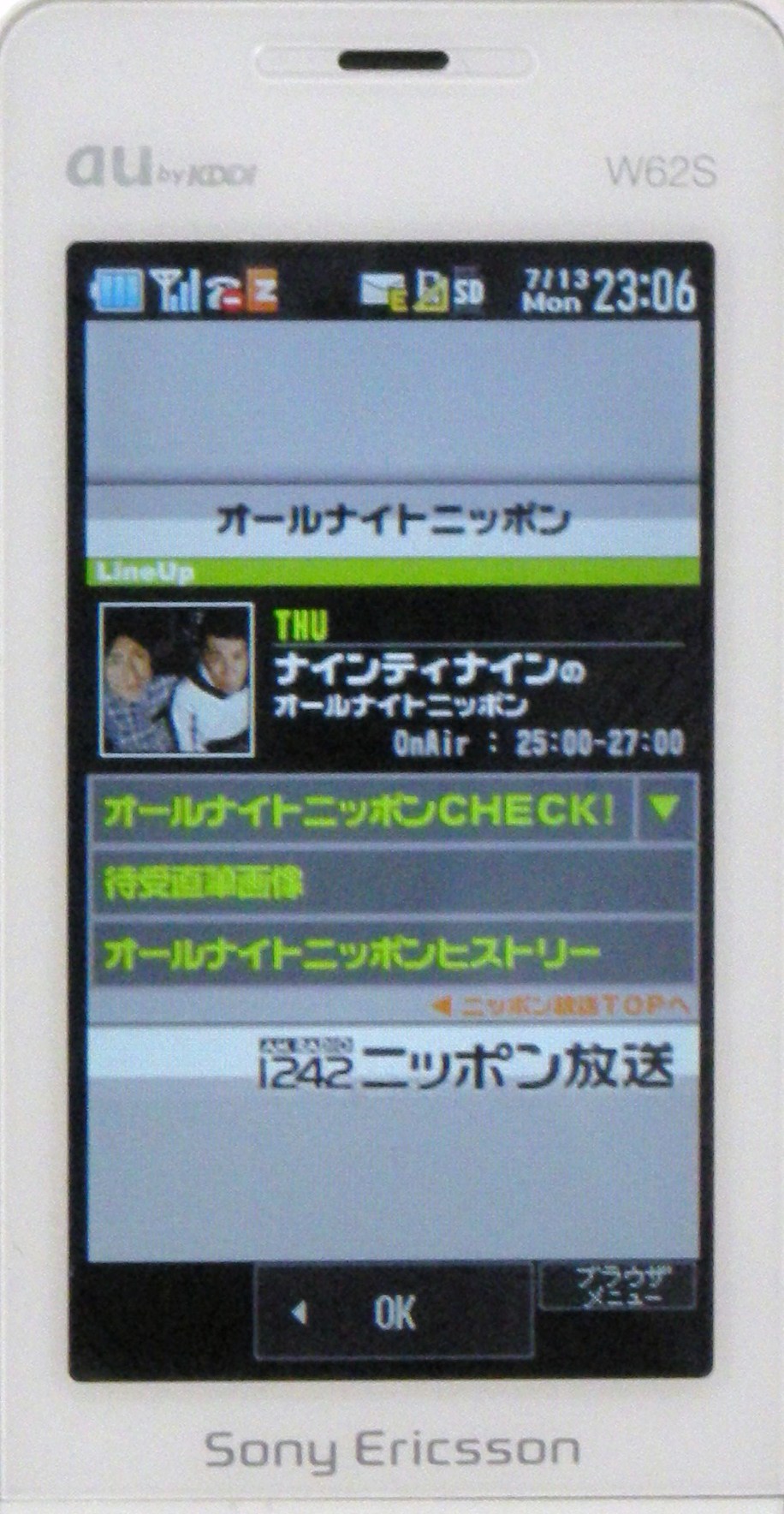 The service costs USD1.1 (JPY105 incl. consumption tax) for each episode of the program.   Available on cellphones from NTT DoCoMo, KDDI, Softbank and also on Willcom‘s PHS.
Listening to midnight radio programs used to be a good recreation for a teenager who owns no TV set in the bedroom, but now everyone has his/her own and no longer need to depend on a radio to conceal the loneliness before falling asleep.
The more kinds of media to entertain us there are, the harder legacy media are forced to do something to survive.