Mainichi Newspaper, which is considered to have Japan’s longest newspaper history, and its English edition, Mainichi Daily News (MDN) set up accounts for Twitter, and started tweeting news developments every minute. 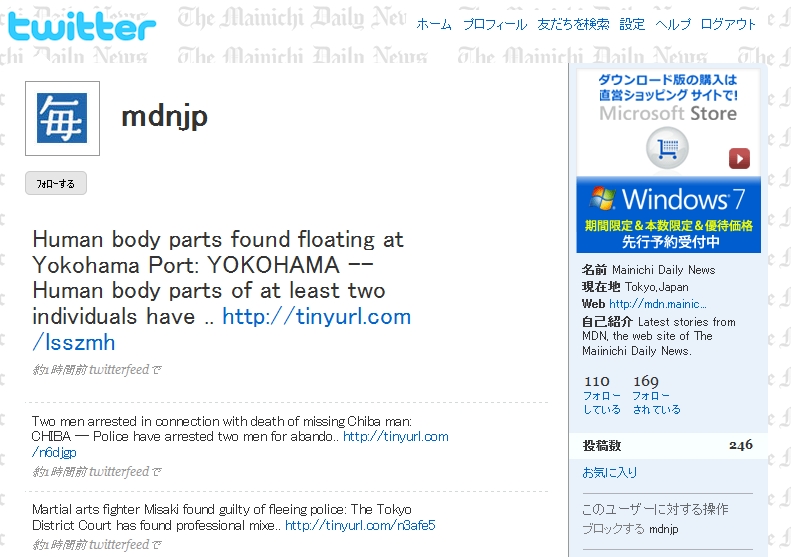 Furthermore, the company put a twitter link button at the bottom of each story on the news portal site, which encourages visitors to quote news headlines and to publish them for their twitter friends.
Mainichi has been distributed news stories and commentaries to MSN Japan[J] until September 2007, which used to be one of Japan’s top-ranked portal sites in pageview earning.    But the main news distributor was switched to Sankei Newspaper[J], Mainichi lost a main lead path to its news portal.    Plus, MDN was accused last year since its popular column section had been reporting on some of the wildest and most perverted stories, Mainichi faced the difficulty that a number of advertisers had canceled to put their banner ads on MDN website.
We’re interested to see if Mainichi can revive and restore reader’s trust by leveraging the world’s most popular social media.