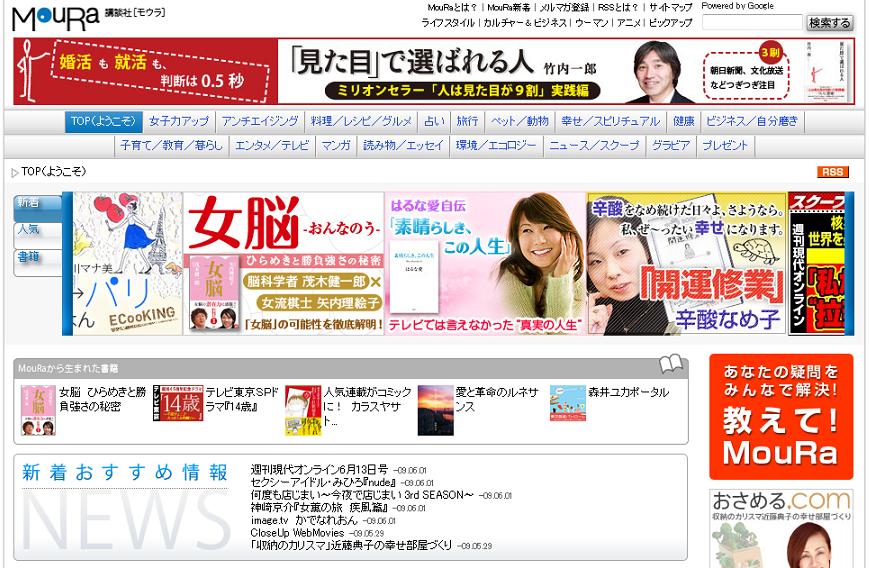 Moura’s predecessor, Gendai’s web edition was the publisher’s first site requiring subscription fee and has been repeating “try-and-error” to monetize it.   Among Japan’s leading publishers, Kodansha was the most aggressive to switch its business field to the websphere, but this site’s ending means the publisher has failed to monetize it finally.   In addition, its printing publication business is staying in the red,  everyone rumors money-making magazines might be suspended in the near future. (according to an interview with one of the staffs.)

In the annual report for FY2008 earning, Kodansha declared the largest loss of JPY7.7B (USD77M) in the company’s 100-year history.
via Cyzo [J]