From Japan, where business cards (Meishi) are salarymen‘s alter ego and represents an important part of tao of business, two twitter related business card services are accidentally released in two consecutive days.
The first one, Meishitter by @feiq makes a miniature-sized of your twitter home in name card style. Released on 31th of May. 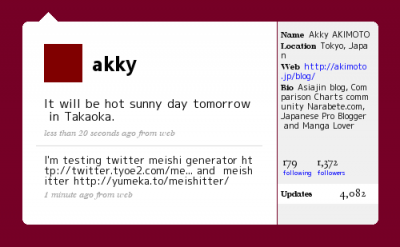 The other one was released on 1st of June by @faa, Twitter Meishi Generator generates a designed business card from your profile info and design on twitter, plus QR Code, which you sometimes see on others business cards in Japan recently. 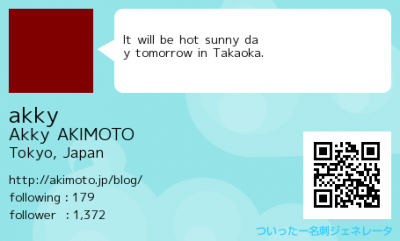