For the first case in Japanese newspaper’s history, Asahi Shimbun, one of the country’s nationwide major papers, set up an account for Twitter[J] today, and is running play-by-play tweet about the scene of a preliminary match for this year’s football world championship, Japan vs. Qatar, which is now being played at Nissan Stadium in Yokohama. 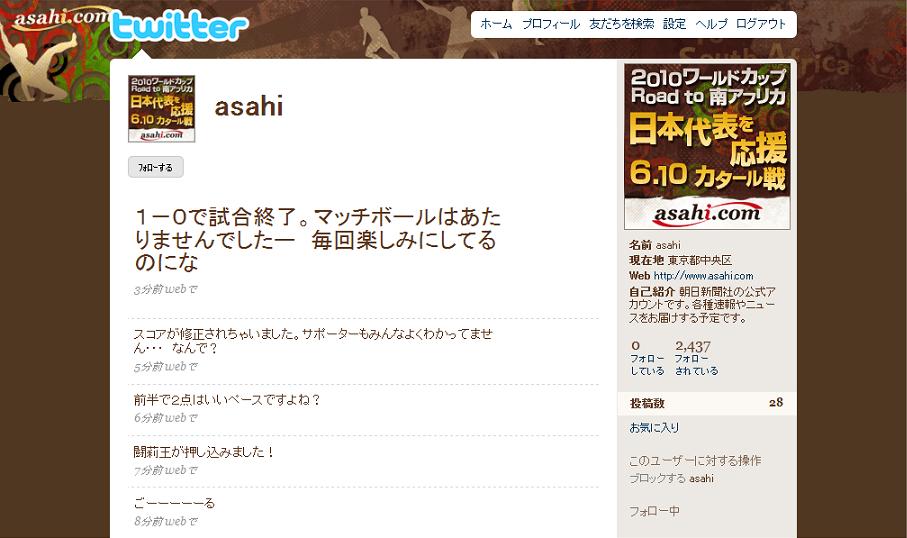 Asahi says, this is an experimental trial and is investigating how much it impresses an audience and the paper’s subscribers.