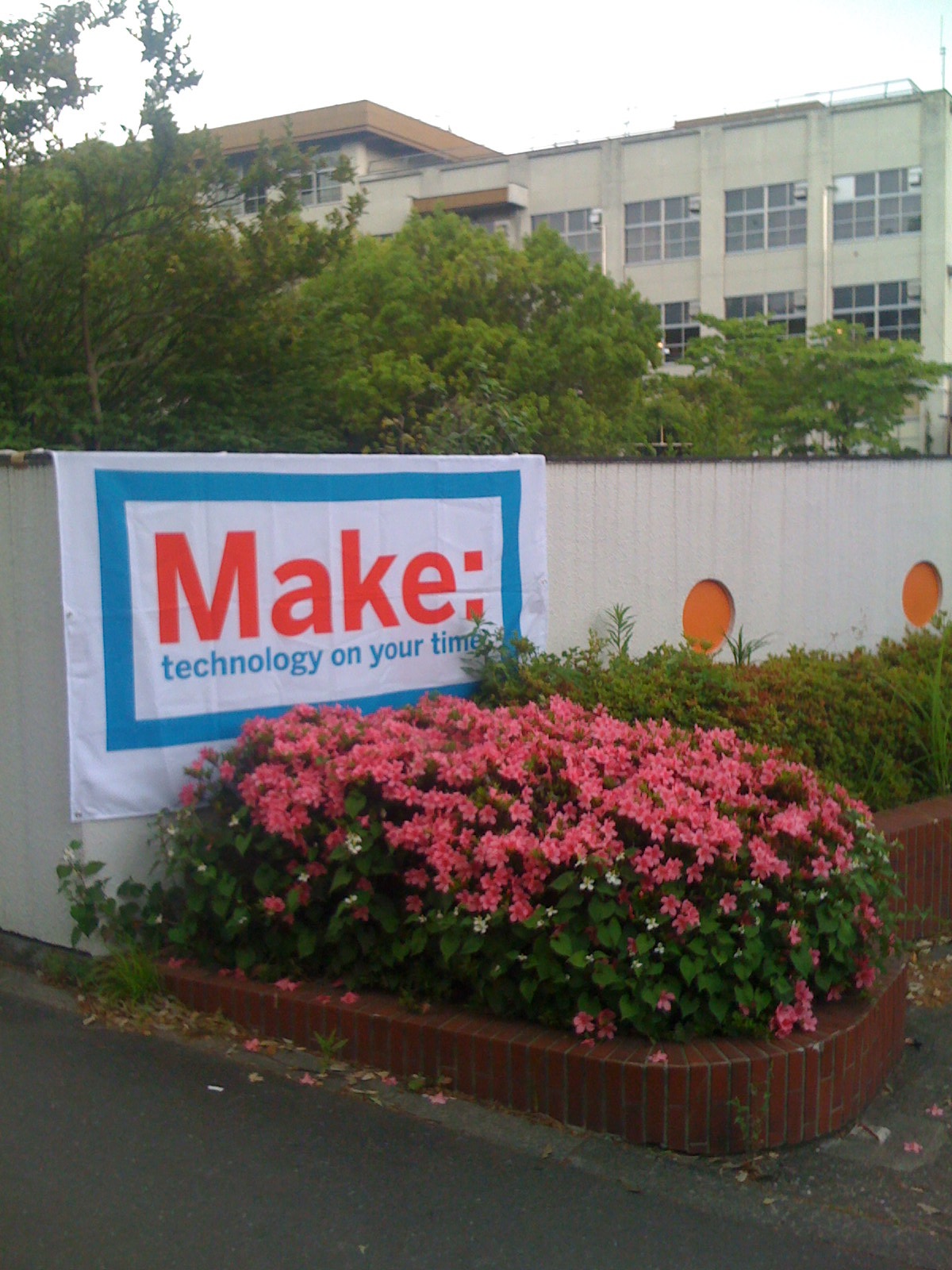 Last weekend at Hachioji Campus of Digital Hollywood University in Tokyo’s surburb, “Make” magazine’s readers and gadget inventors came together and held an annual meeting titled “Make: Tokyo Meeting 03[J]“.   For readers who have never heard about Make:, the magazine is a quarterly magazine published by O’reilly Media and it contains articles on hardware hacking and technology-related DIY matters for hobbyists. 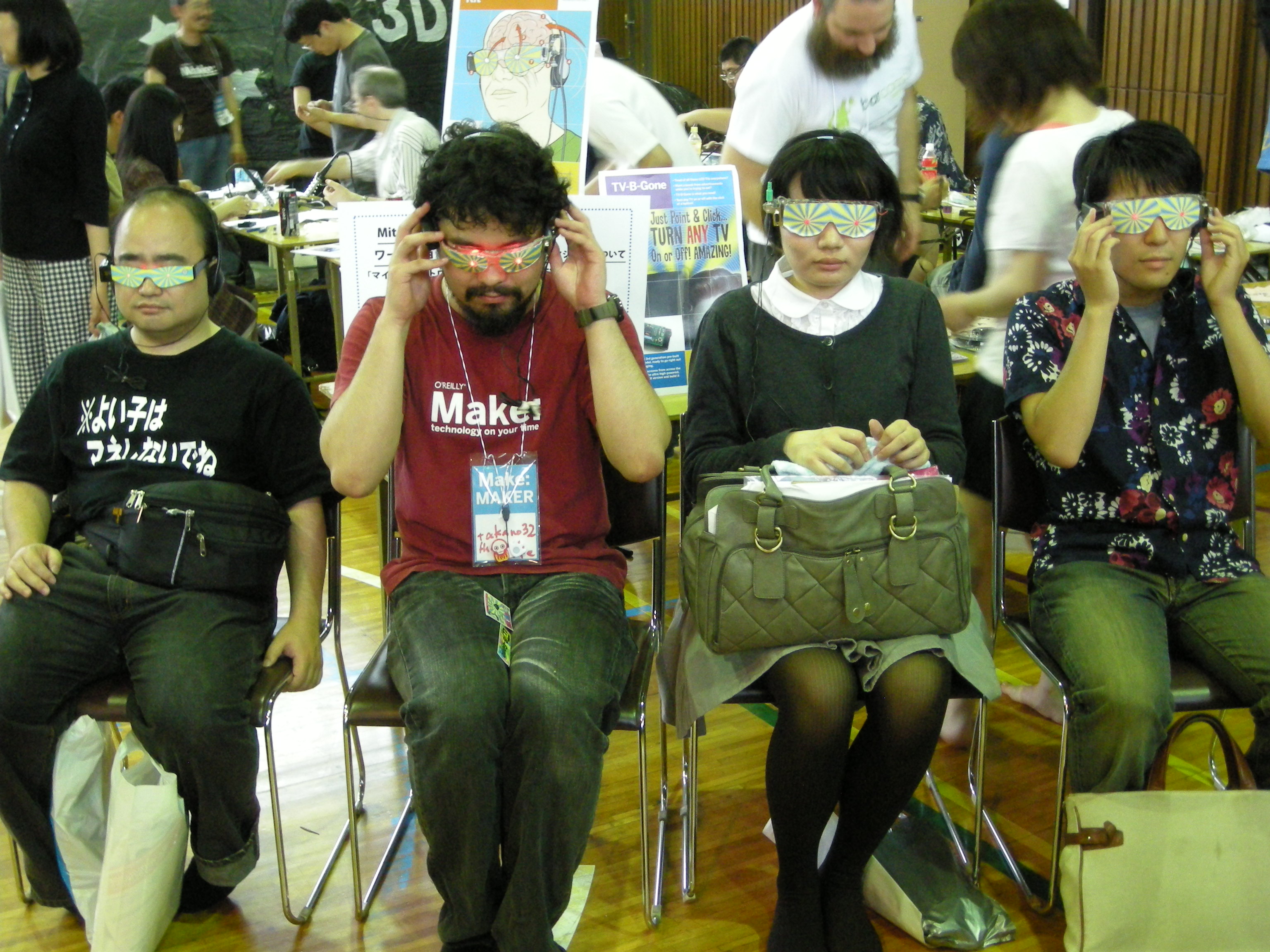 Mitch Altman, a San Francisco-based hacker who is famous for his work of The Brain Machine tuning up your brainwave, also participated in this meeting, he exhibited his machines and was chatting with other exhibitors in the venue.   These people sitting were trying the machine to have themselves put into a trance. 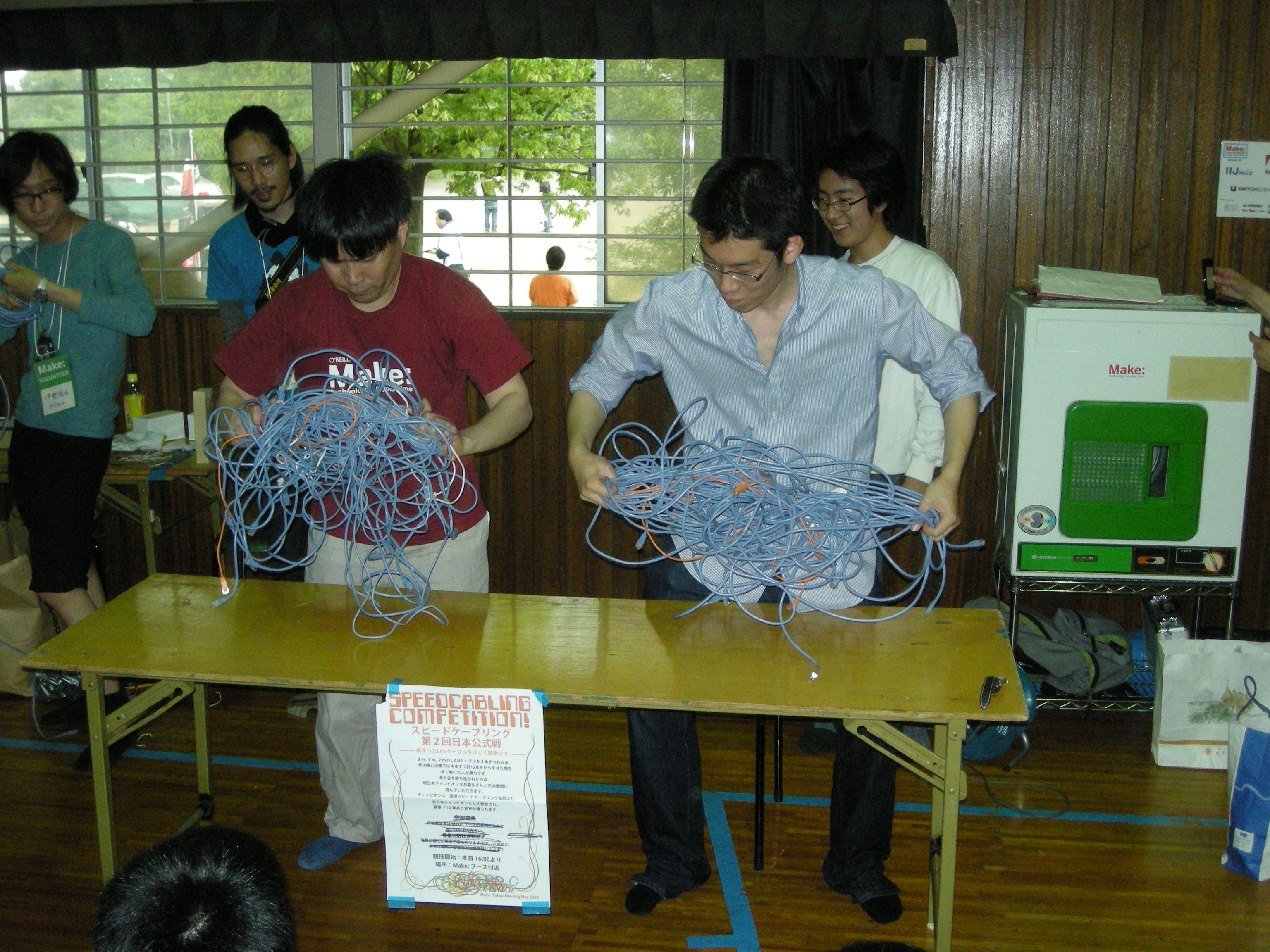 Near the venue entrance, there was a tournament competing how fast twined LAN cables can be untied.    A clothes dryer seen in the picture was used for making cables twined well for the match. 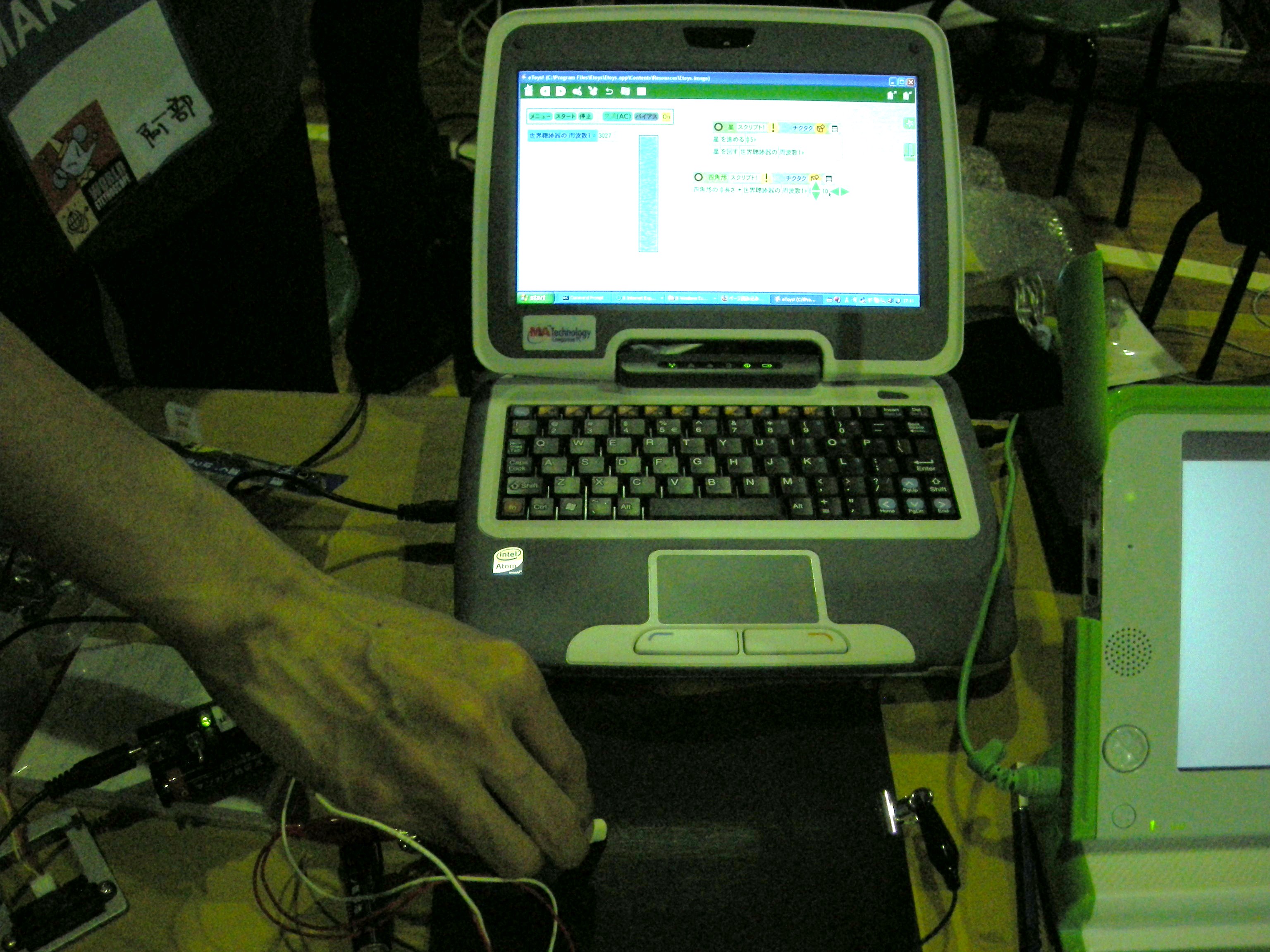 This is a science experiment kit designed not only for school pupils but also for their parents, in order to understand how electricity is generated and how electric pressure “looks” like.   The exhibited example showed us the kit in combination with an OLPC laptop (One Laptop per Child), which proves the kit can be also used for science classes even at schools in no-electricity area such as some African countries. 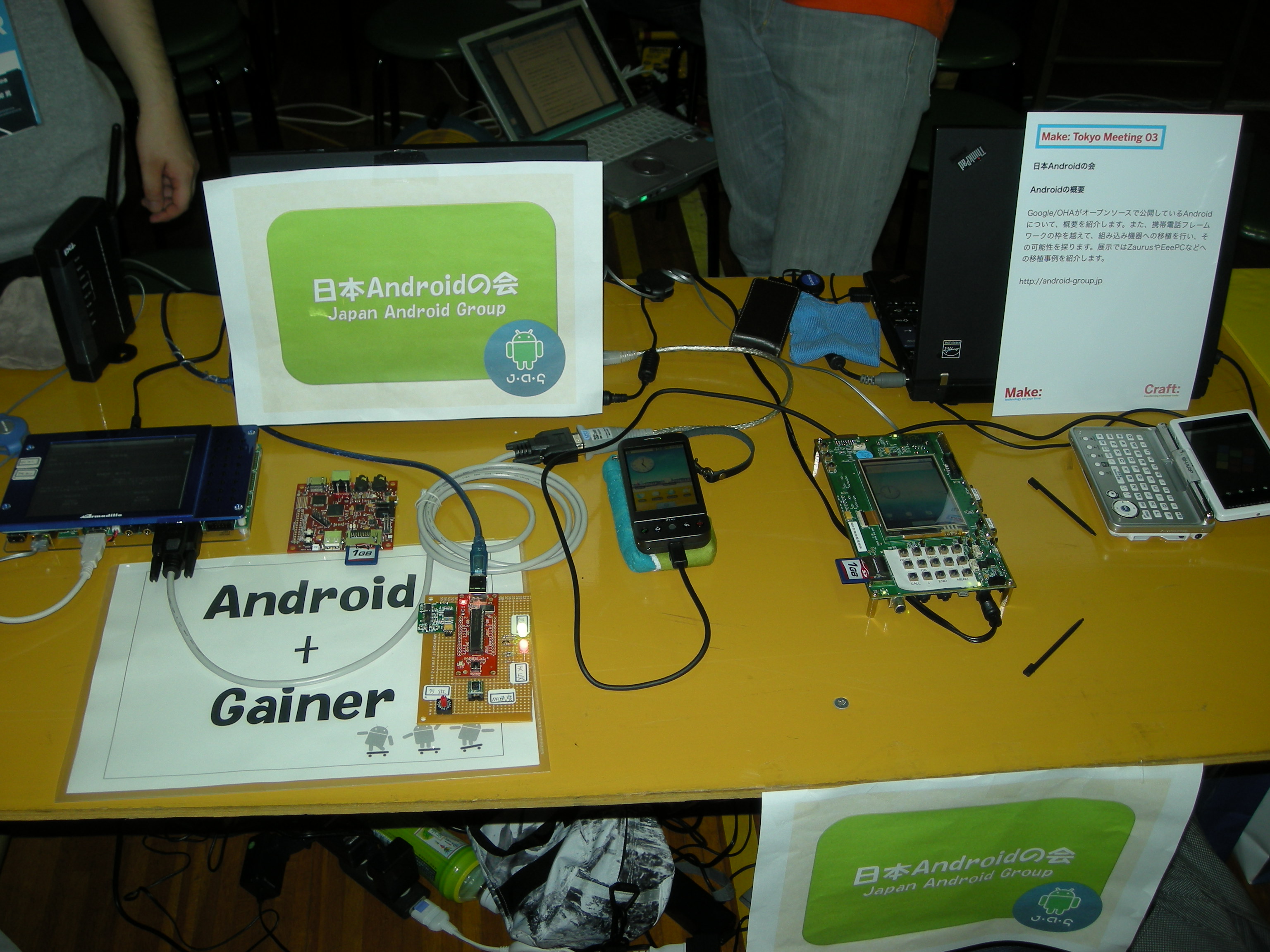 “Nihon Android no Kai[J]“, meaning Japan Society of Android App Developers, exhibited some examples of migrating the Android platform to other mobile devices including Sharp Zaurus[J] and Windows Mobile. 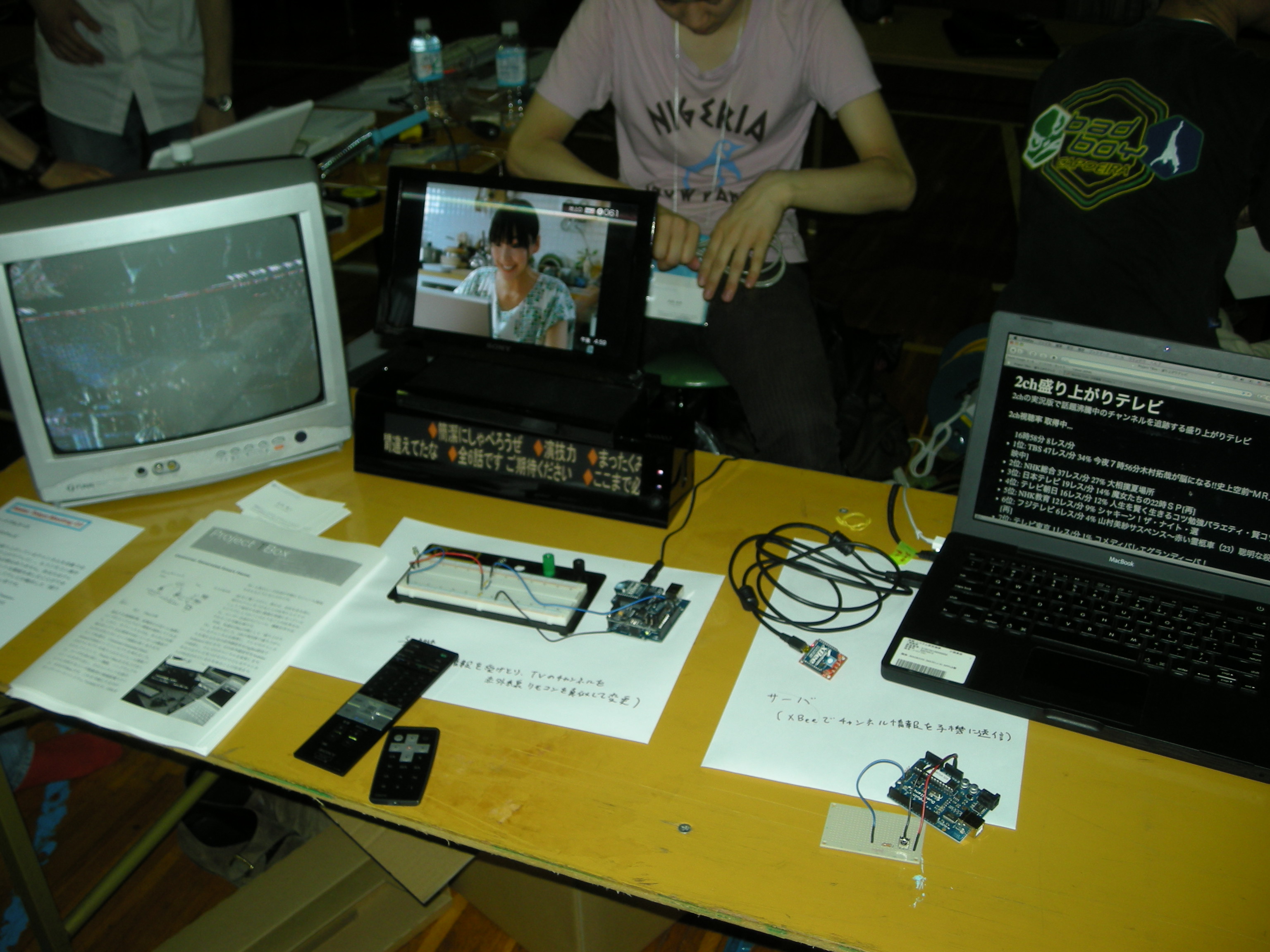 This machine set reads every message posted in the TV program related thread on Japan’s popular and largest bulletin board “2 channel[J]“, and it automatically controls a TV set to show you the program mentioned in the message.   This machine’s demonstrators hope, by enhancing this idea, the same technology can be used for remote controlled home automation applications in the future. 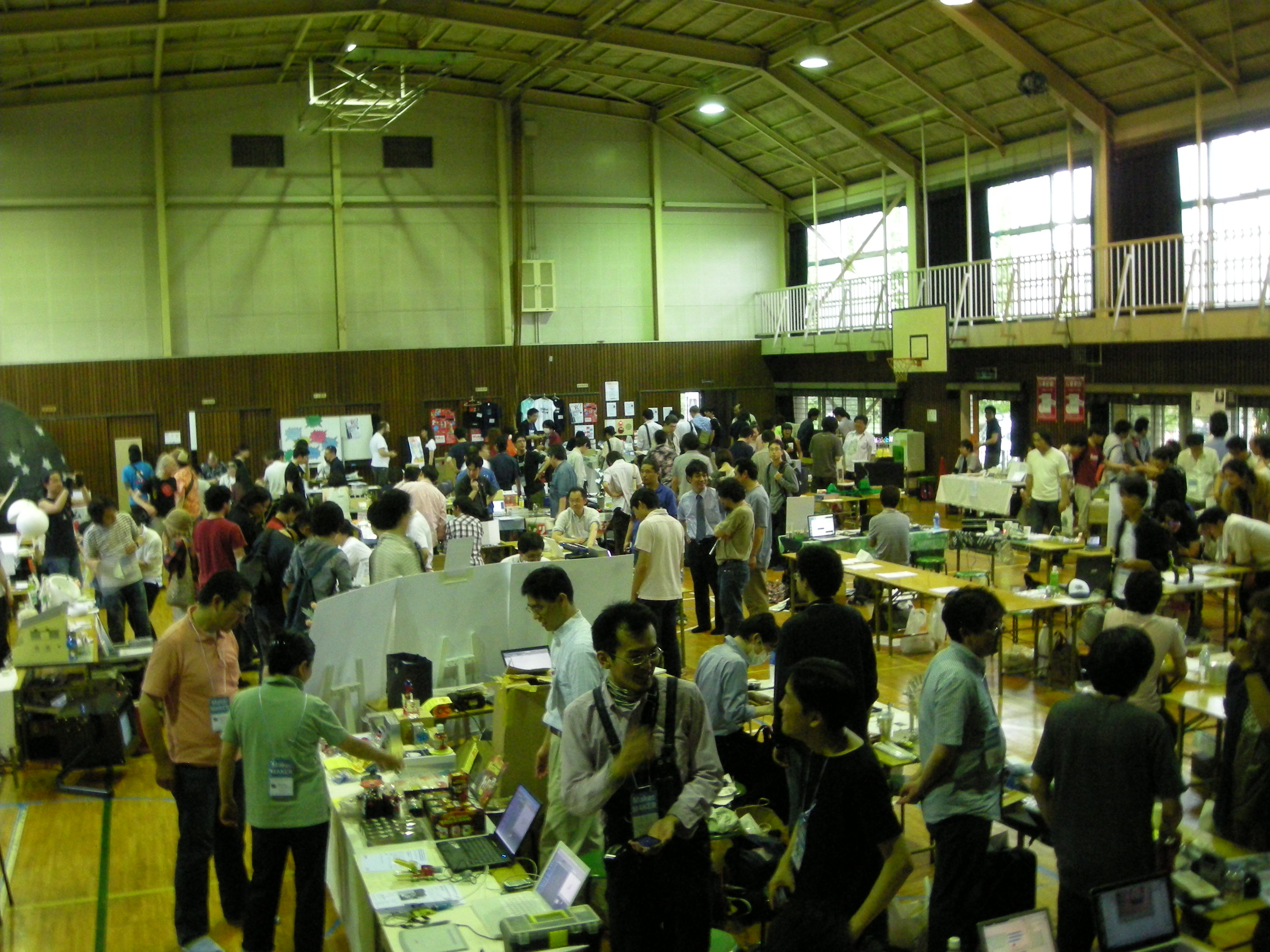 In recent days, though we usually look so much at web app stuffs, our future and innovation are created in concentration of hardware, software and the people who develop them.   I wish some of their inventions will be witnessed at storefronts worldwide and used in our daily life.
See Also: